n Ultima Thule: Horizon, Border and Limits 2018, we see a murky silhouette of NASA’s New Horizons spacecraft with (fantasized) sweeping searchlight and dropped ladder in an imaginary horizon. The space vehicle is scheduled to begin exploration of the Kuiper Belt object, 2014 MU69, recently nicknamed Ultima Thule, on Jan. 1, 2019. NASA says it will be the ‘most primitive world’ ever observed, the farthest visit in history.

“Ultima Thule” means “beyond Thule,” beyond the borders of the known world. On the drawings we see a small stamp of Thule, the mythical, far-northern island mentioned in ancient Greek and Roman literature, and depicted in medieval cartography. The drawing of Thule dates from 1537. But the Greek explorer Pytheas was the first to write of Thule, after his travels between 330–320 BCE.

In the drawings are hybrid creatures medieval voyagers might encounter, illustrations I took from early maps describing Thule. Also you see a ‘folding map’ of Earth and it’s borders. And in these drawings I use asemic writing to convey the immensity of communication logistics.

The horizon separates heaven from earth. The word horizon comes from the Greek horizōn kyklos, “separating circle”, from the verb horizō, “to divide”, “to separate”, and that from oros, “boundary, landmark.”

The knowledge of distance to horizon is essential to survival.

Our eyes scan the place where we are in order to establish limits.

If you stand on a high mountain, your eyes can finally see the earth’s edge is curved.

These drawings grow from concern about geo-political complexities associated with “borders,” and the heated race to colonize space. Border complications not resolved on earth will affect territories in space. Perhaps the opportunity to dissolve borders is on the horizon? Can we transform our territorial nature and limits of behavior?

(a note: My entire first year in graphic design class we drew black lines with a ruling pen. That is all, lines. Pages of lines, thick and thin so we would be sensitive to the nature of line from an inch away or a mile. This prepared us to communicate and was taught by a refugee Bauhaus teacher with concentration camp numbers and lines on his forearm under his white shirt. It is my understanding of perception, since there are no straight lines in nature except the horizon which is actually curved, that borders, limits, lines of demarcation are learned behavior.) 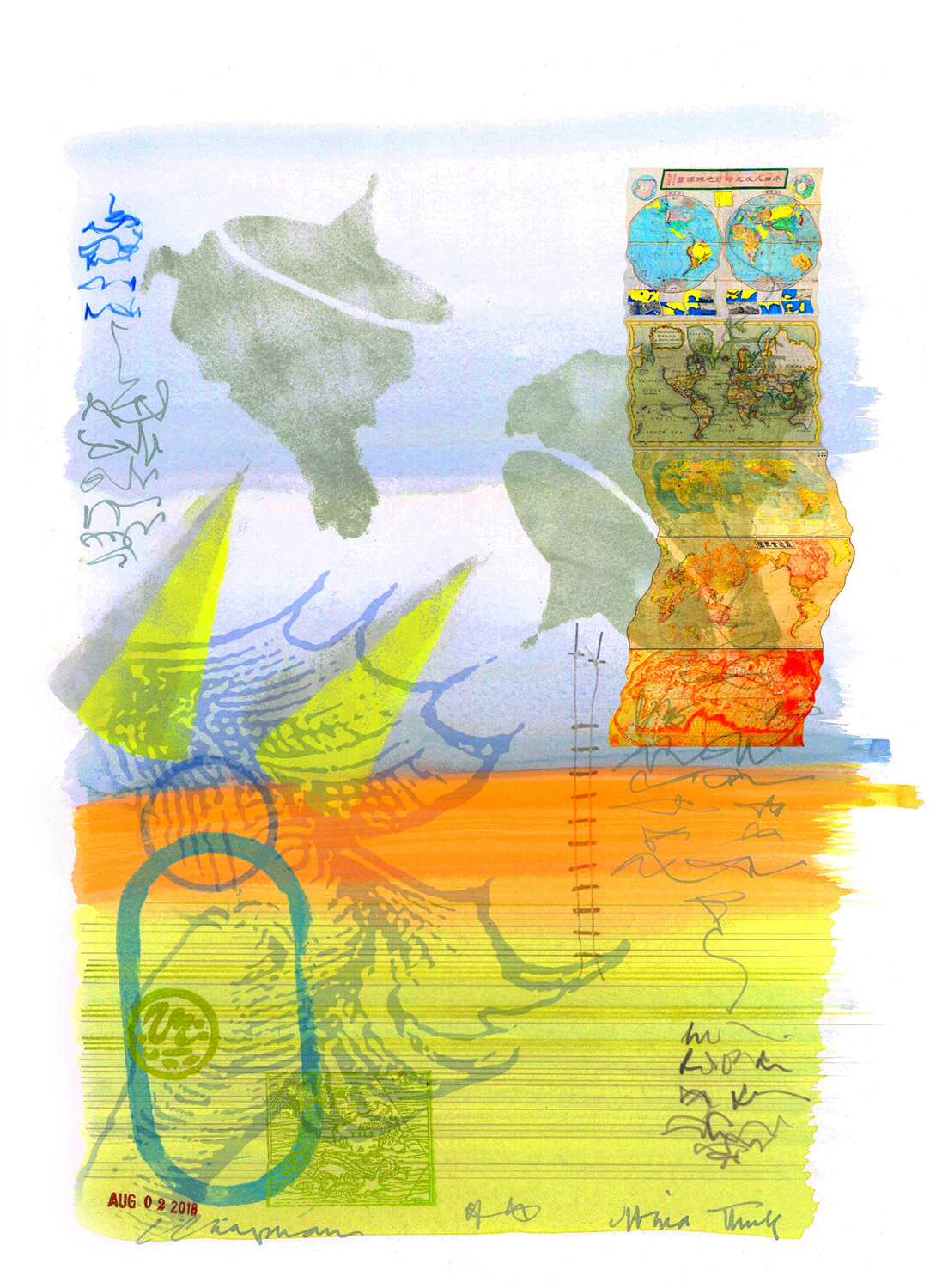 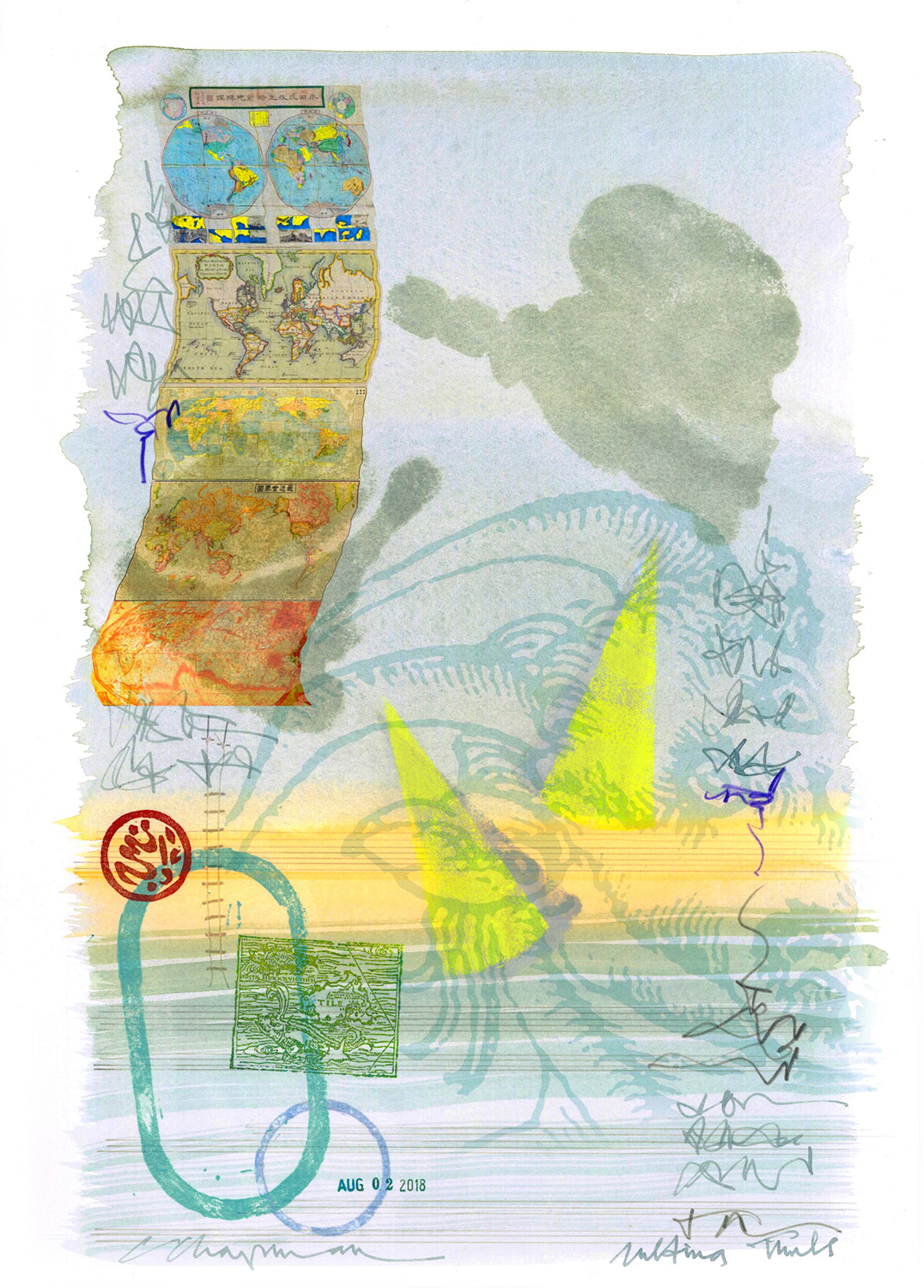