MFT: This is time it is gotta be fun edition – Google Talk to Books

Well, that escalated quickly. I was never a fan of Google Books. Mostly because the things i was looking for were either partially available there or i have already found what i was looking for elsewhere. Just not my cup of tea.

Not that it was a big deal – but now Google is having my attention. 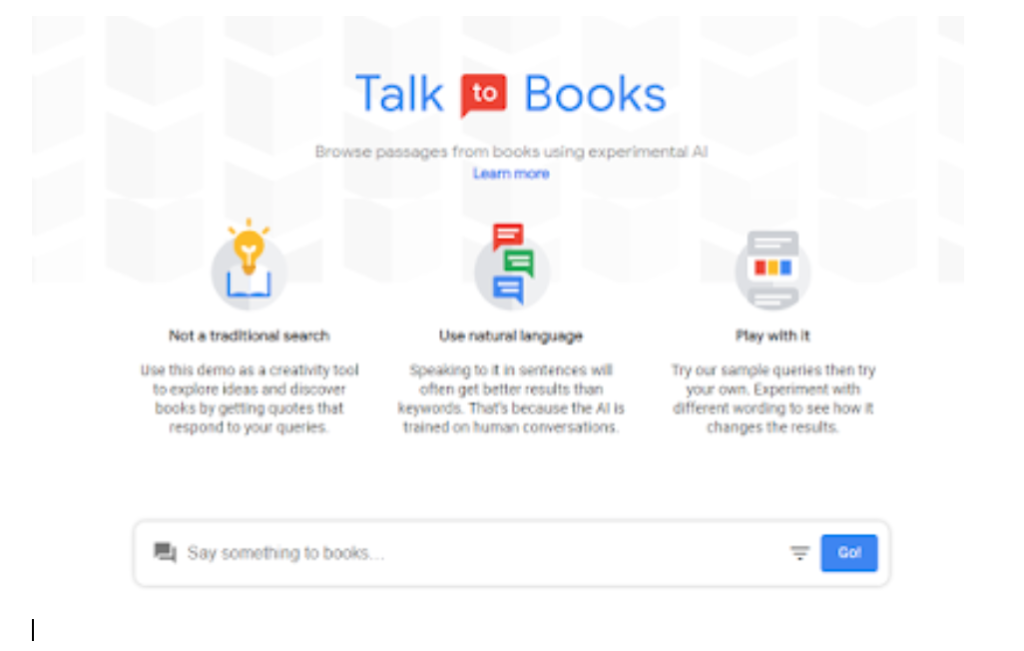 This is Talk To Books – an experimental service that allows you to perform an alternative search with a little help of the mighty-mighty artificial intelligence (but not Bosstones). Which is even better than the real thing, apparently. Or at least “something completely different”. Well, given the fact that traditional search features in Google Books were barely tolerable and irritating at best – that’s a huge step forward. So – what is it all about?

Talk to Books is a part of Google’s Artificial Intelligence Natural Language Processing tools known as Semantic Experiences. It uses word vectors to make sense of semantically similar phrases and calcutes its relations to each other. It learns the meanings of the words this way.

On the surface Talk To Books is a reinterpretation of the search engine with a bigger emphasis on the natural language queries instead of traditional keyword-based approach.

This means instead of matching keywords and relevance you get an approximate guesses in the form of quotes with manually filtered results selection.

It is not strictly tied to keyword-relevance but instead more to the meaning and the relation of the particular result to the query. This turns search engine element into a discovery tool – Talk to Books looks for possibly fitting statements to your input. Essentially, it “converses” with the user.

Here’s what you can do with it. You can ask a question or just a write a statement or type some random words or even random character. The algorithm will find something fitting for the query by going through its vast database.

In other words – you get chunks of text that seem like the comply with the query but in reality are just a bunch of stuff with some tangential relation. Which is fine if you’re here to have some fun. Basically, this makes Talk to Books really good at grabbing quotes out of context for the further collaging and jamming. 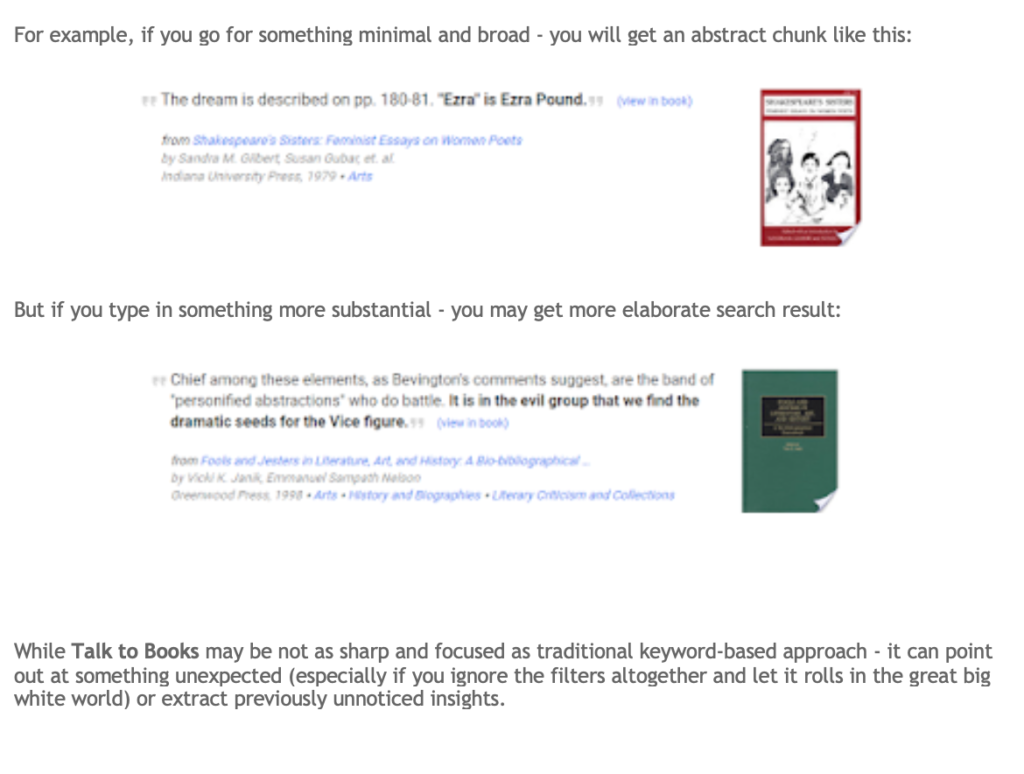