I have been There

Each time I travel to a new city, I make a new duvet cover with Chinese silk brocade fabric. I take photographs of myself lying in front of historical and tourist sites, covered by the corpse sheet.

In villages of my hometown, when an elder is dead, each daughter will make a silk duvet cover, called Corpse Cover, and cover her parent’s dead body, which represents how her parent took care of her when she was young. If this elder has six daughters, he/she will be covered by six duvets, one on top each other. I also think about death. I live alone in a foreign country, the question of who will bury me comes to my mind very often. I decided to do this ritual in wherever I go, burying myself in the beautiful places I visit. When the real death is coming, maybe I won’t be afraid anymore.

photo courtesy of the artist 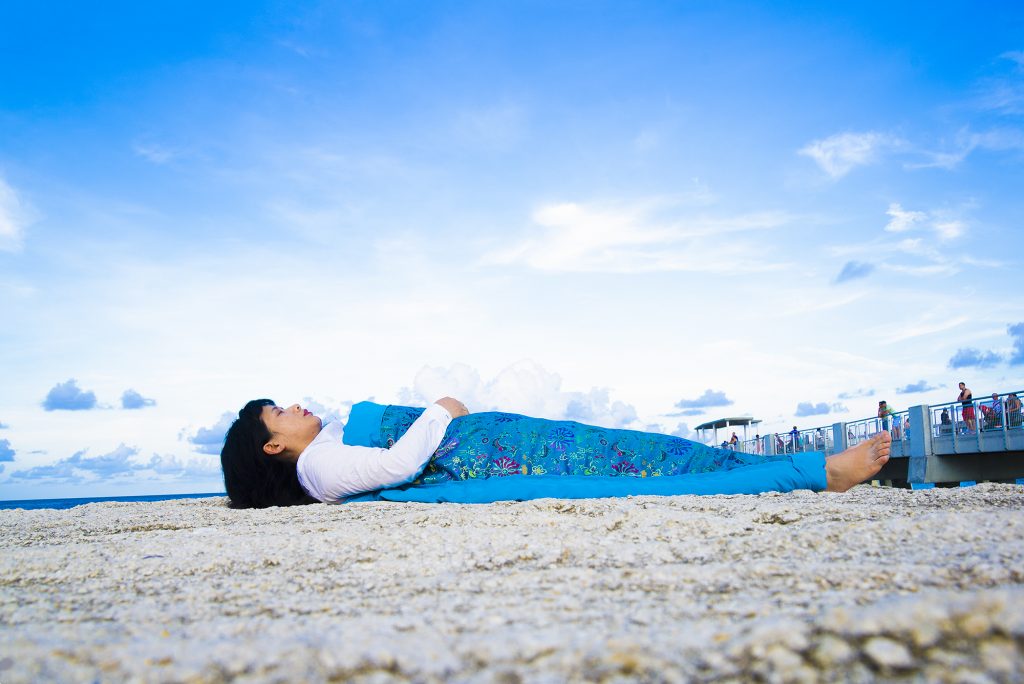 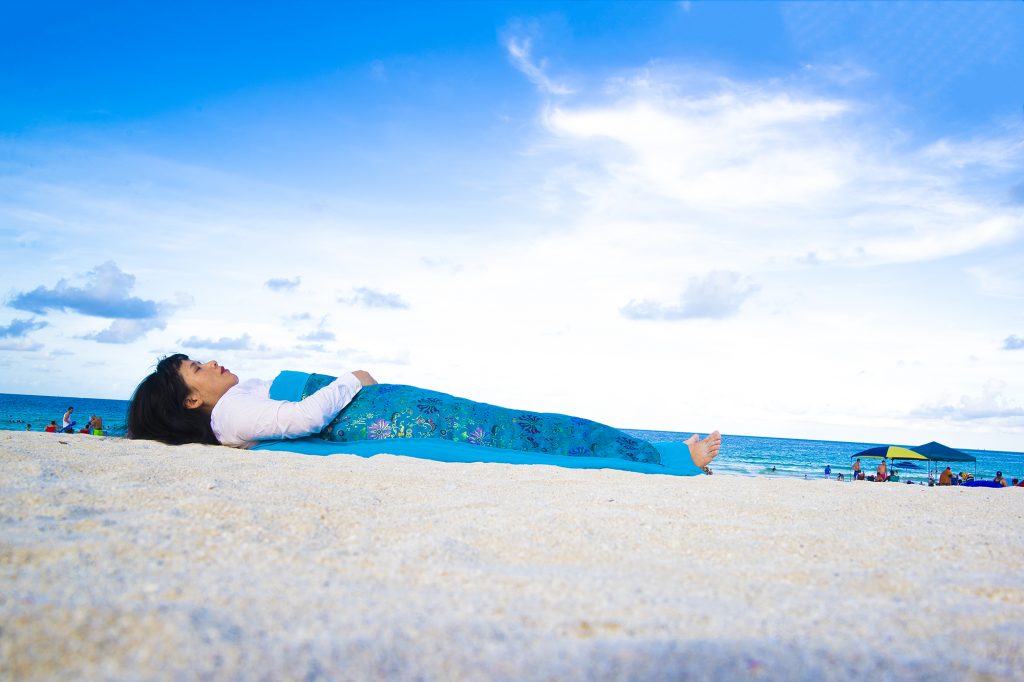 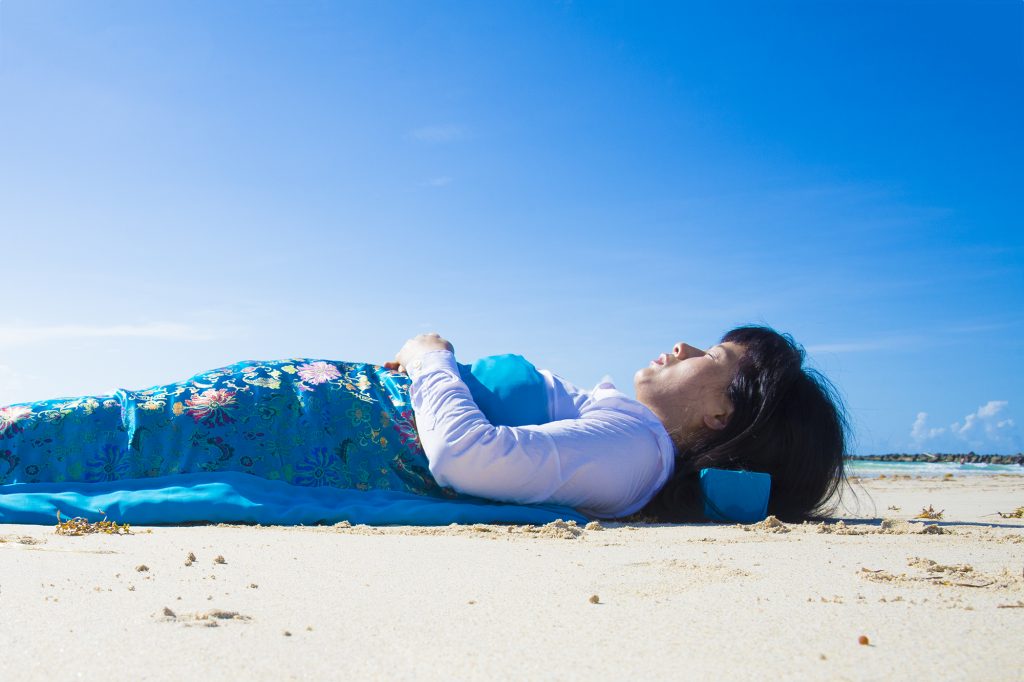 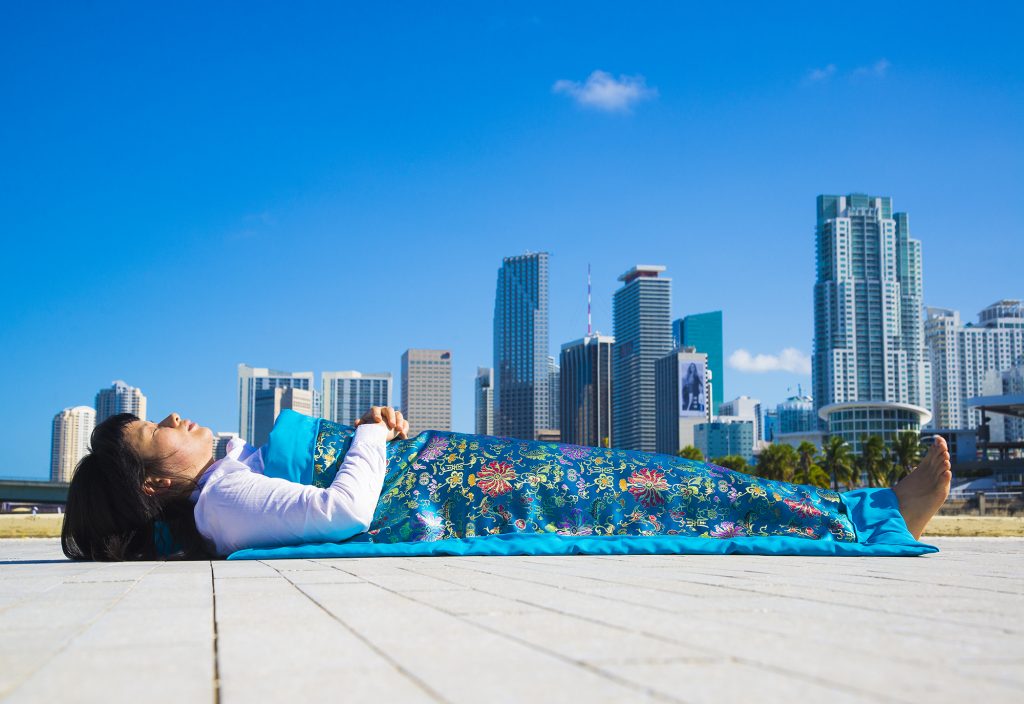 positioning shame as a feminist strategy of resistance—an ethical practice that seeks altered states of consciousness that possibly leads to restore dignity and humanity.

Shame is a complex, universal and often painful affect connecting subjects to social relations. It is an innate human reaction rooted in childhood experience, and it is linked to sexuality and the cultural norms that regulate the body. Shame operates on the relation between self and other, between the emotional and social. The etymology of the word shame is derived from the Old German meaning, “to cover” or “to hide” oneself. The dynamics of shame revolve around the world of sight and of being seen. Freud suggested that visual pleasure is related to shame, as the physical gestures of blushing, downcast eyes and slack posture are projected on another—the subject imagining herself as seen by the gaze of the other. This aspect of shame as located at the interface between a vulnerable self and an outsider, between cover and discover, makes it significant in visual art.

But Freud didn’t consider eastern cultures. Asian societies are associated with “shame culture.” In this context, on the one hand, shame can involve honour and positive change. On another hand, it is an insidious social control mechanism playing on the emotion’s negative aspects. Despite the rise of feminism and many acts of aesthetic, theoretical and cultural transgression that have attempted to challenge taboos, the deep structure of shame has not been significantly undermined. Shame is, therefore, a central feminist issue, and an important one to rise within my artwork and its associated research.

The Inner Circle is part of my solo exhibition, Visual Poetics of Embodied Shame, at The New Gallery, Edmonton. CA.

For catalog essay about this exhibition, by Jenna Swift, please visit
http://www.thenewgallery.org/visual-poetics-of-embodied-shame/ 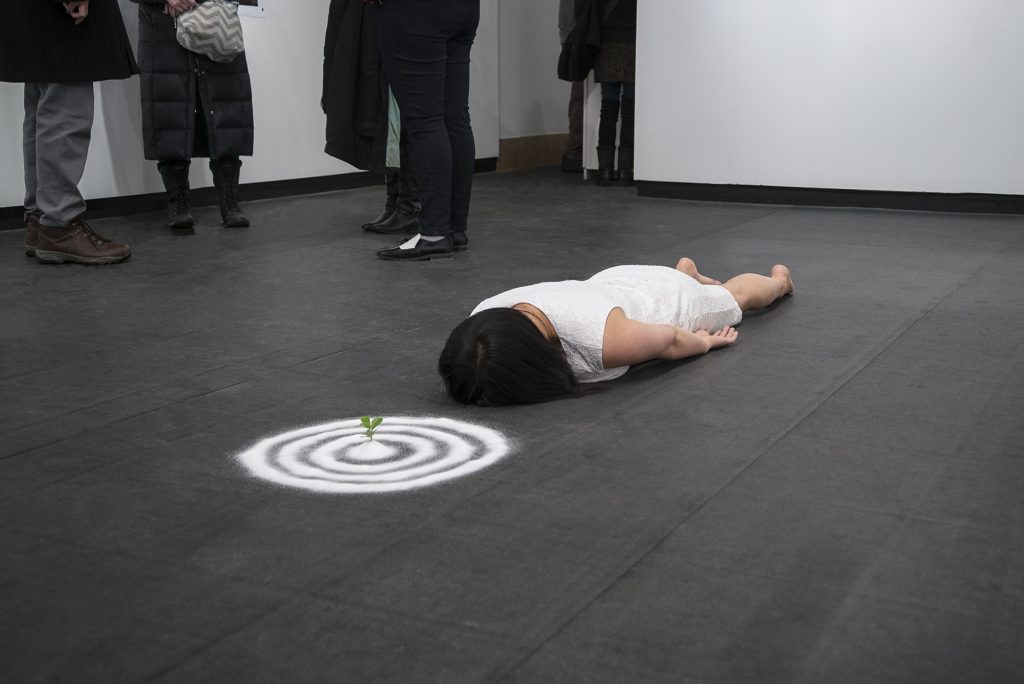 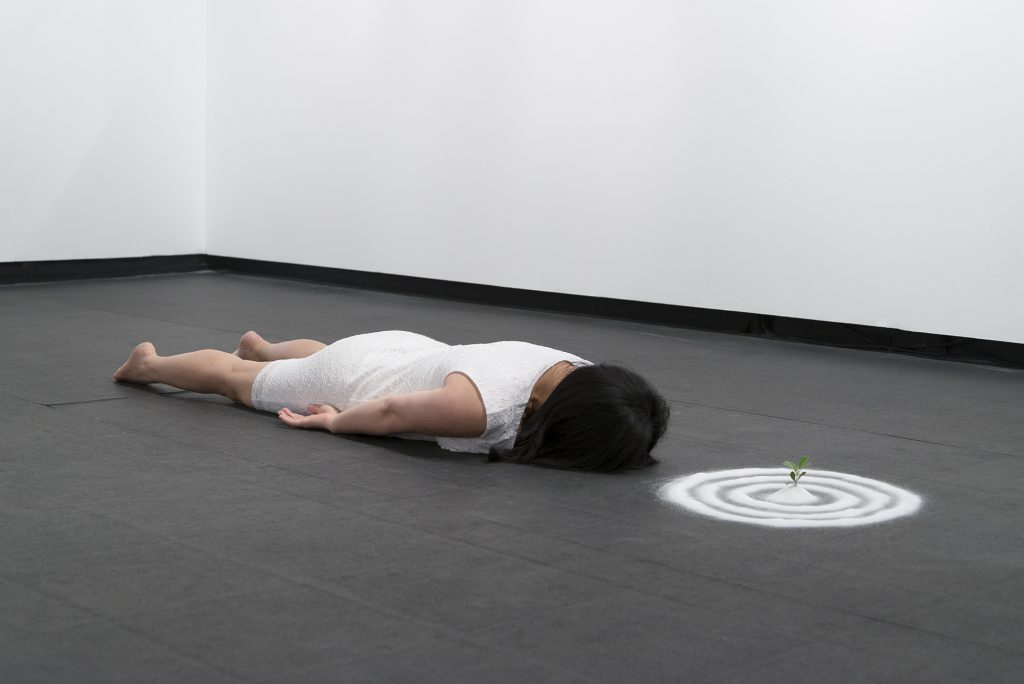 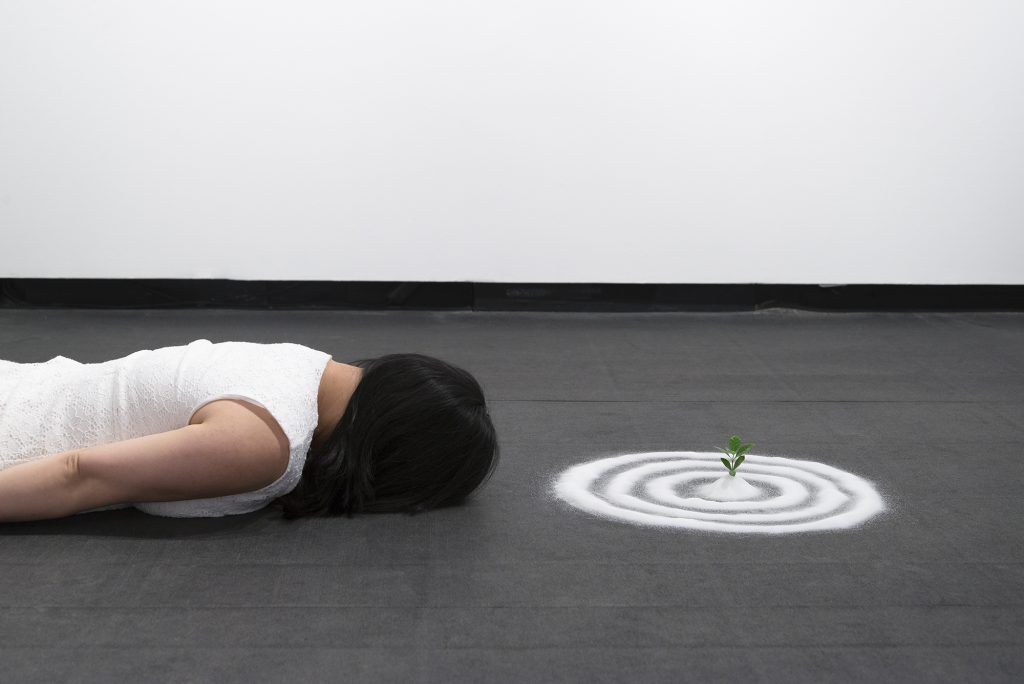 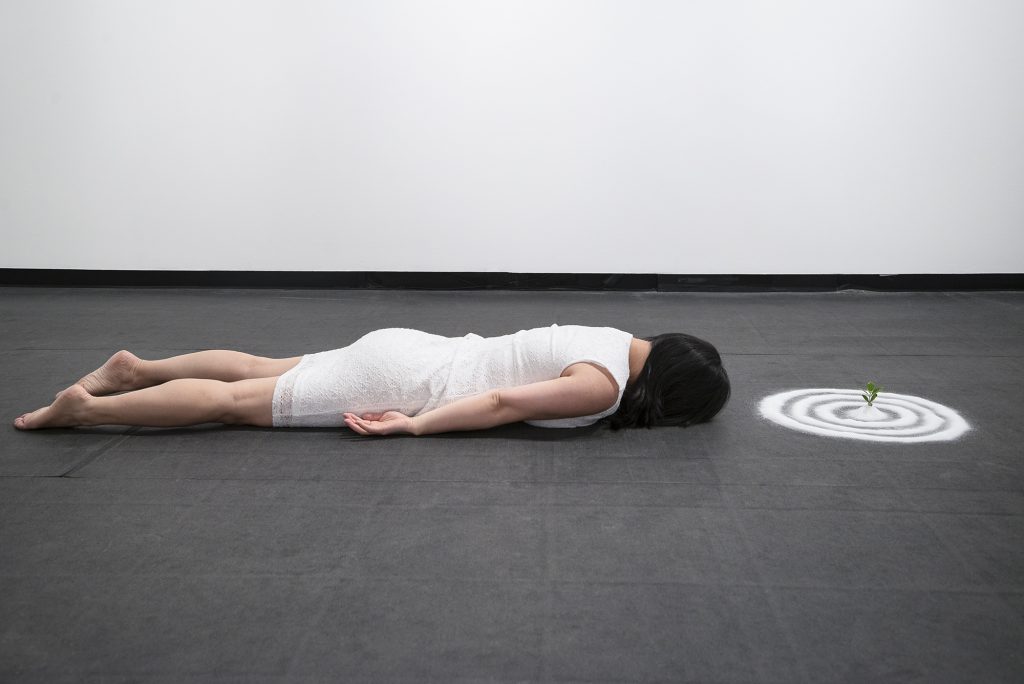 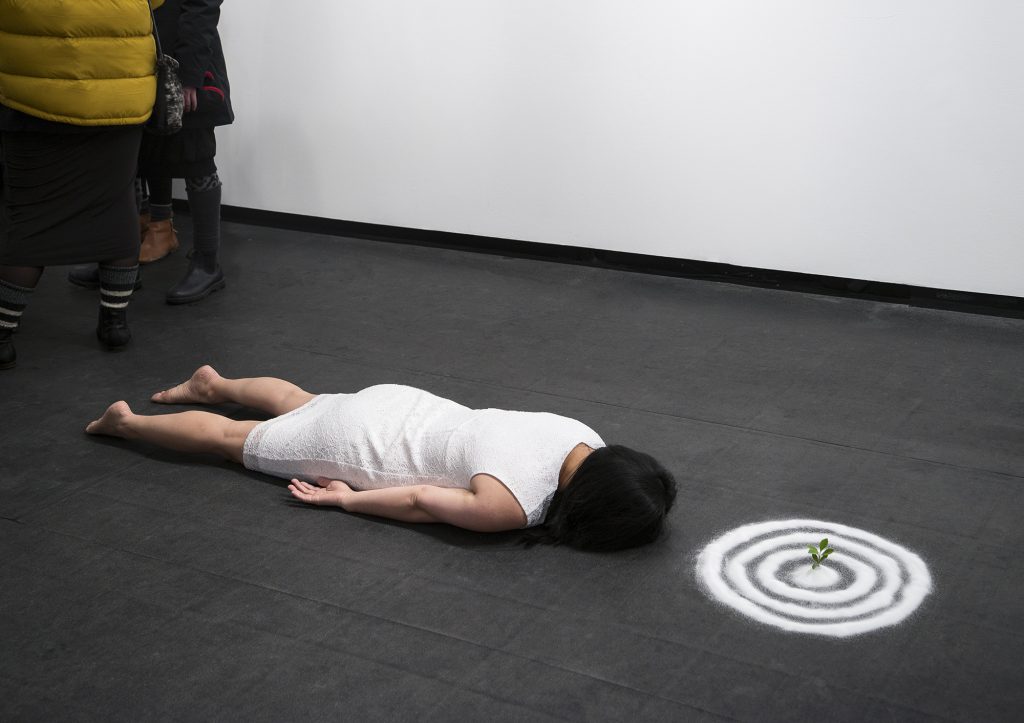 Performance: 3 hours at Katzmann Contemporary as part of Duration and Dialogue Festival, Toronto, 2016

I am interested in transfiguration and transformation – the shape and form of languages, and how translation cuts across cultural barriers and begins to address how we relate to the world. The processing of eating and feeding rice to the others is a process of self-translation, a communicative situation, from one cultural context to the other. My body in this performance is a cross-cultural mediator, rendering my experiences into the both languages. In this performance, I am not producing another original, but a reflection of difference that tailors reality and identify to suit conscious ideological needs. What I offer is not unbiased textual fidelity, but a taste of the otherness in cultural communication.

for the interview about this piece, please visit 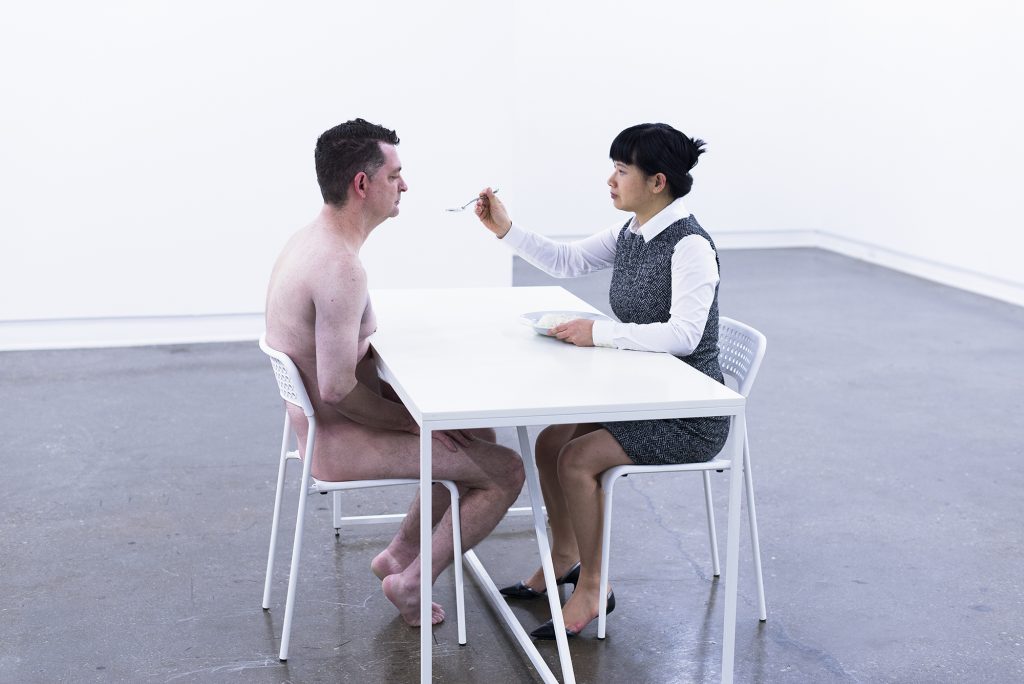 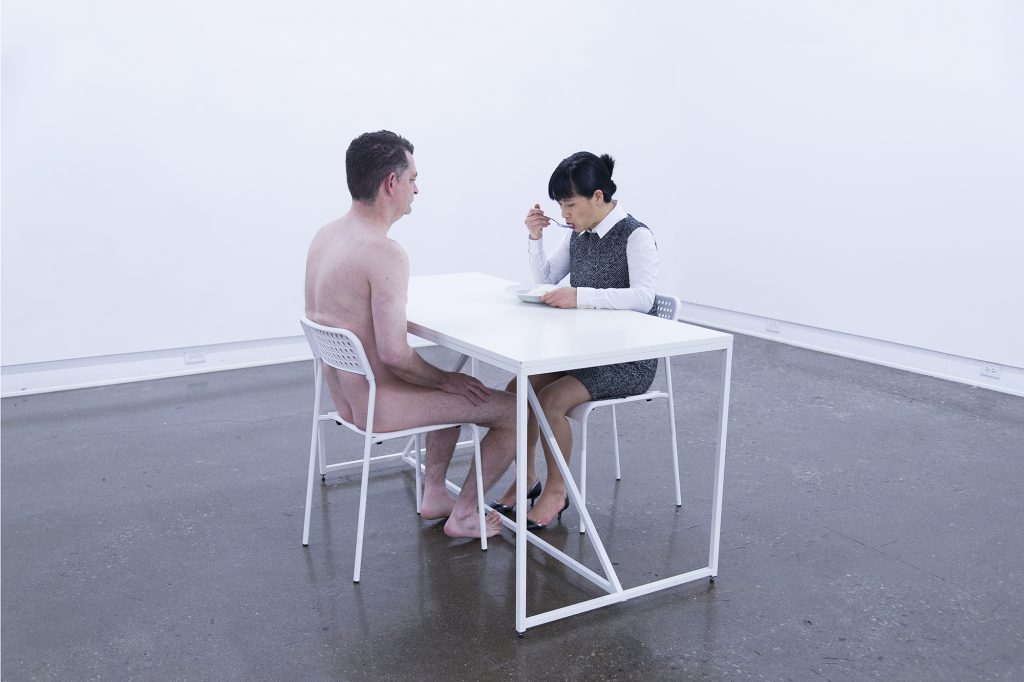 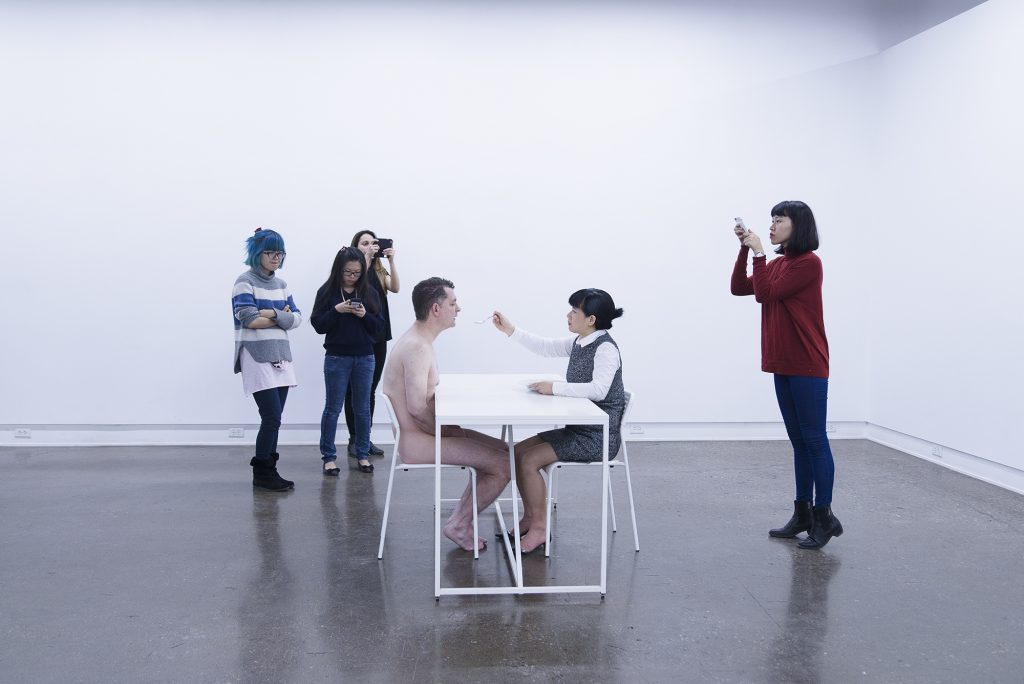 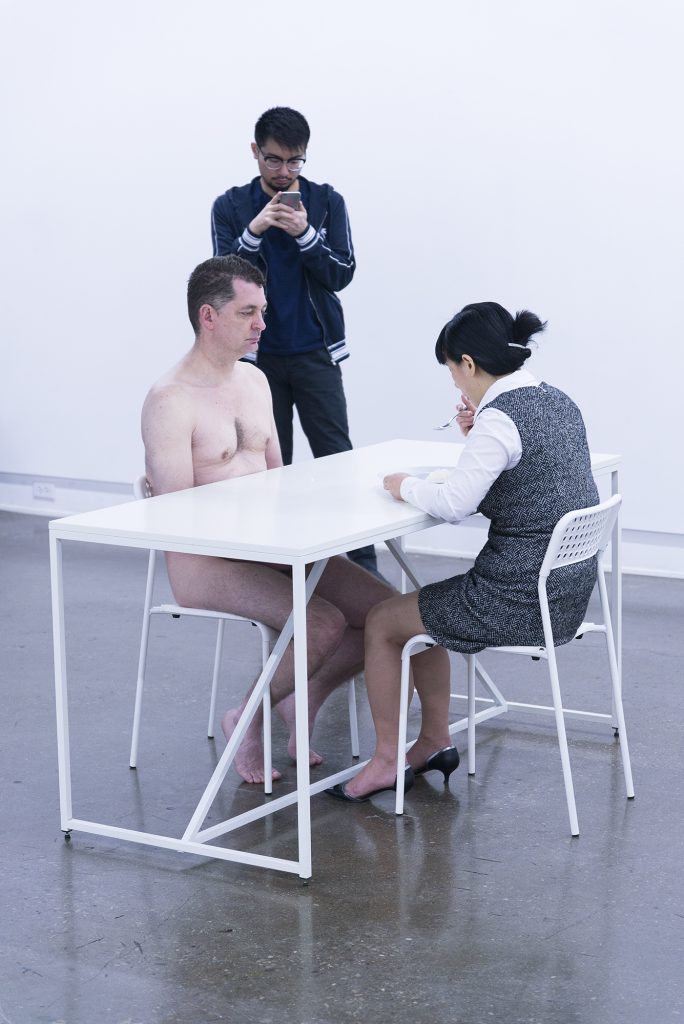