Nippe, nippe: a report from the land of the peoples of the first light whose language and lands were stolen
by Cecelia Chapman

‘Nippe’ is the Wampanoag word for water.

“Water, water, everywhere…Nor any drop to drink.” Samuel Taylor Coleridge, The Rime of the Ancient Mariner.

“What is this you call property? ….The woods, the streams, everything on it belongs to everybody and is for the use of all. How can one man say it belongs only to him?” Massasoit, leader of Massachusetts Wampanoag, people of first light.

“We have a rendezvous with destiny.” Screaming Eagles 101st Airborne Division motto.

12,000 years until 1629. Wampanoag and neighbor tribes wandered Cape Cod, hunting, fishing and enjoying summer powwow. Then their land was taken. They died from disease, their language forbidden by law, their culture replaced with imported religion. We know this story but the effects of the loss of their guardianship are not acknowledged. Wampanoag never made camp in the same place twice. Currently the Wampanoag own 55 acres on Cape Cod. The United States military, as Joint Base Cape Cod (JBCC), owns 22,000 acres of Wampanoag forest, original home to daily life and sacred sites.

1938-1973. JBCC, formerly Otis Air Force Base in west Cape Cod, was the largest Aerospace Defense Command base in the world.

1973. Otis AFB was marked for closure. Ideas were floated to develop a sort of Disneyland recreation center. 1,500 brochures were sent world wide. Opportunities were advertised for development of the base.

1979-1983. A Massachusetts Department of Public Health study, showed that residents living in towns surrounding Joint Base Cape Cod, died of cancer at higher rates than other parts of the Cape and Massachusetts.

1989. Environmental Protection Agency declared JBCC a cleanup site. It was discovered to have suffered extensive soil and aquifer contamination due to decades of chemical and fuel spills, fire training activities, and landfill contents. “I don’t want people in my home drinking flame retardant that we know is carcinogenic,” Cape resident and president of the environmental organization Waterkeeper Alliance, Robert F. Kennedy, Jr. says, “People on the Cape are frightened.”

2013. JBCC was selected as a drone test site by the United States Federal Aviation Administration and Massachusetts Institute of Technology.

U.S. military squads and indigenous tribes both choose animals as totem icons, reflected in the names of these drawings. I use asemic writing to address the future in a language that cannot be forbidden. 48 drawings 2019 on Canson paper, watercolor, digital print, gouache, graphite, ink, personal rubber stamps, 8 x8 in., 20.5 x 20.5 cm. 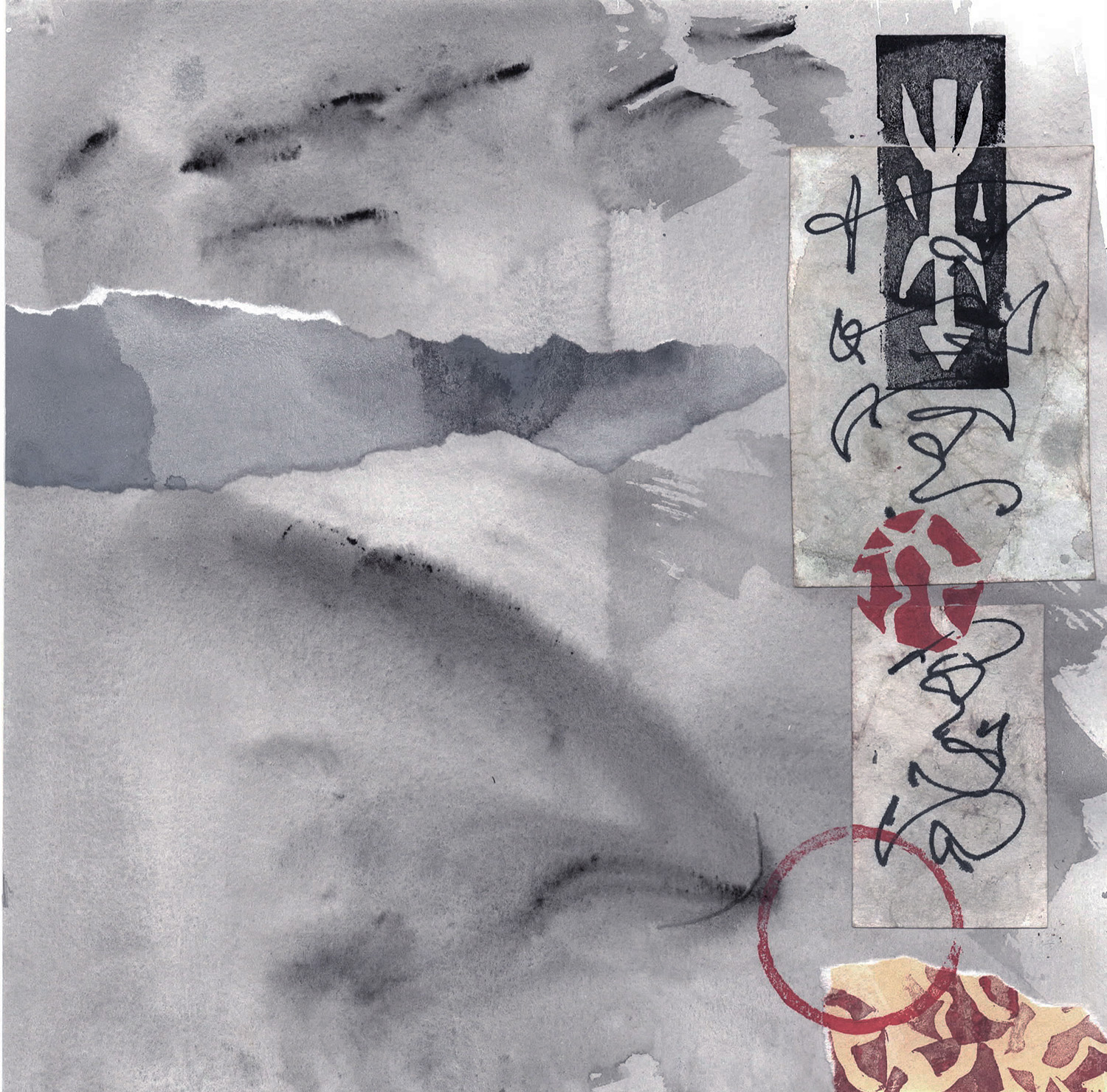 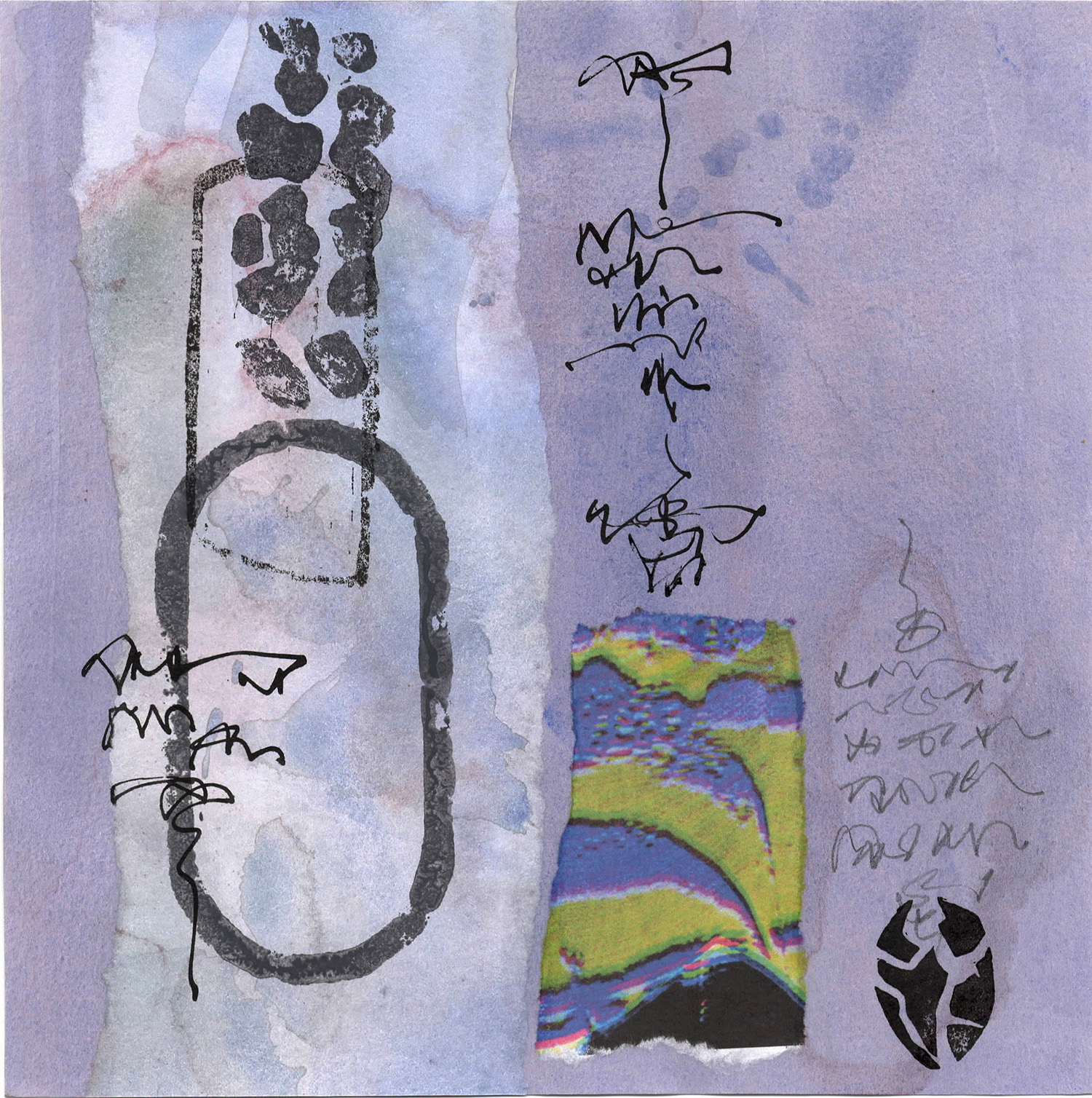 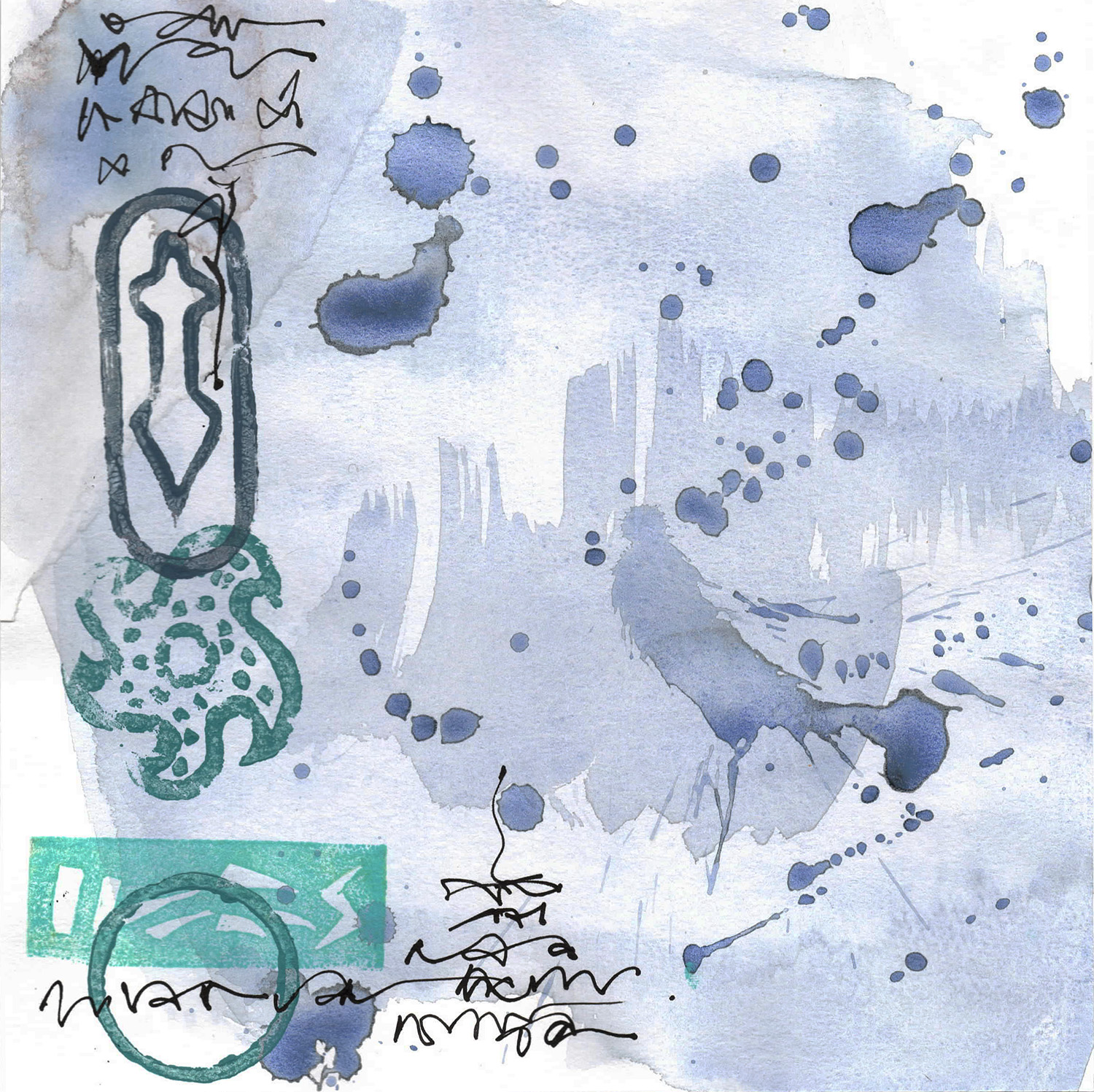 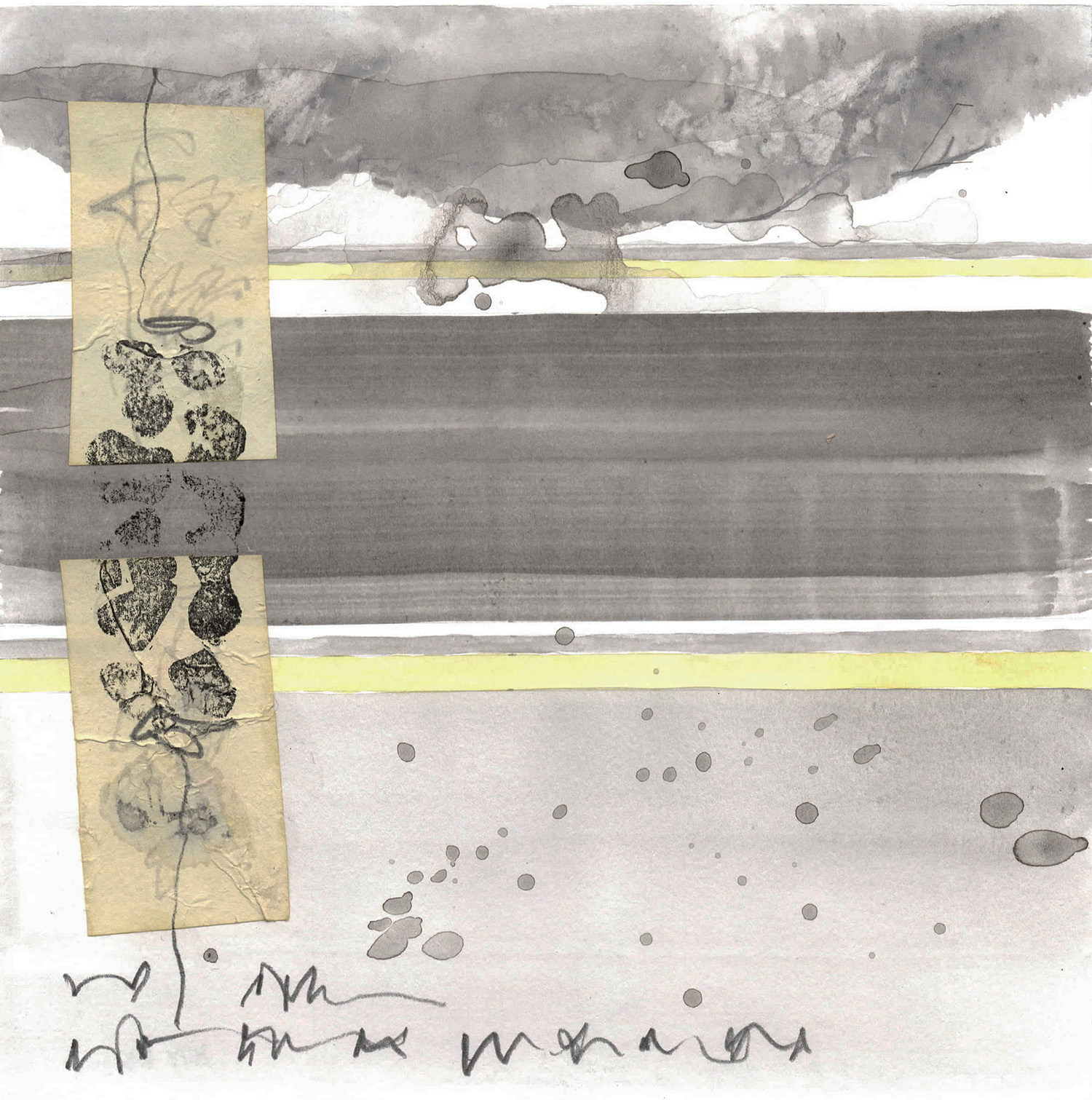