In Posted, from Club Paradise, Rafael González, in Tenerife, Spain, returned seven postcards I sent to him from Cape Cod, Massachusetts, USA.
By chance, a friend gave me an old Cape Verde government public relations cd containing hundreds of photographs of the island. I selected seven photographs to print as postcards. Rafael altered the photograph on the card. On the address side, Rafael stamped it and described his vacation. Or has he? We can not know if his written words are truth, memory, or dream.
The cards hold memories of the printer, two Atlantic trips, my hand, Rafael’s marks, and his story on the paper that was a tree with more memories. The cards have become souvenirs, a memory aide of an experience that may or may not have occurred.
Rafael’s notes are a revealing message. They tell a story that can be compared to the work of dreams. But what is the card trying to tell you?
The cards are trademarked with wings, the messengers wings, maybe even angels’ wings, because angels bear secrets. Yet even if the words are not true, or memories, or a dream, they are a secret message intended for you. Delivered to you from Rafael Gonzalez and Club Paradise.  (C. C.) 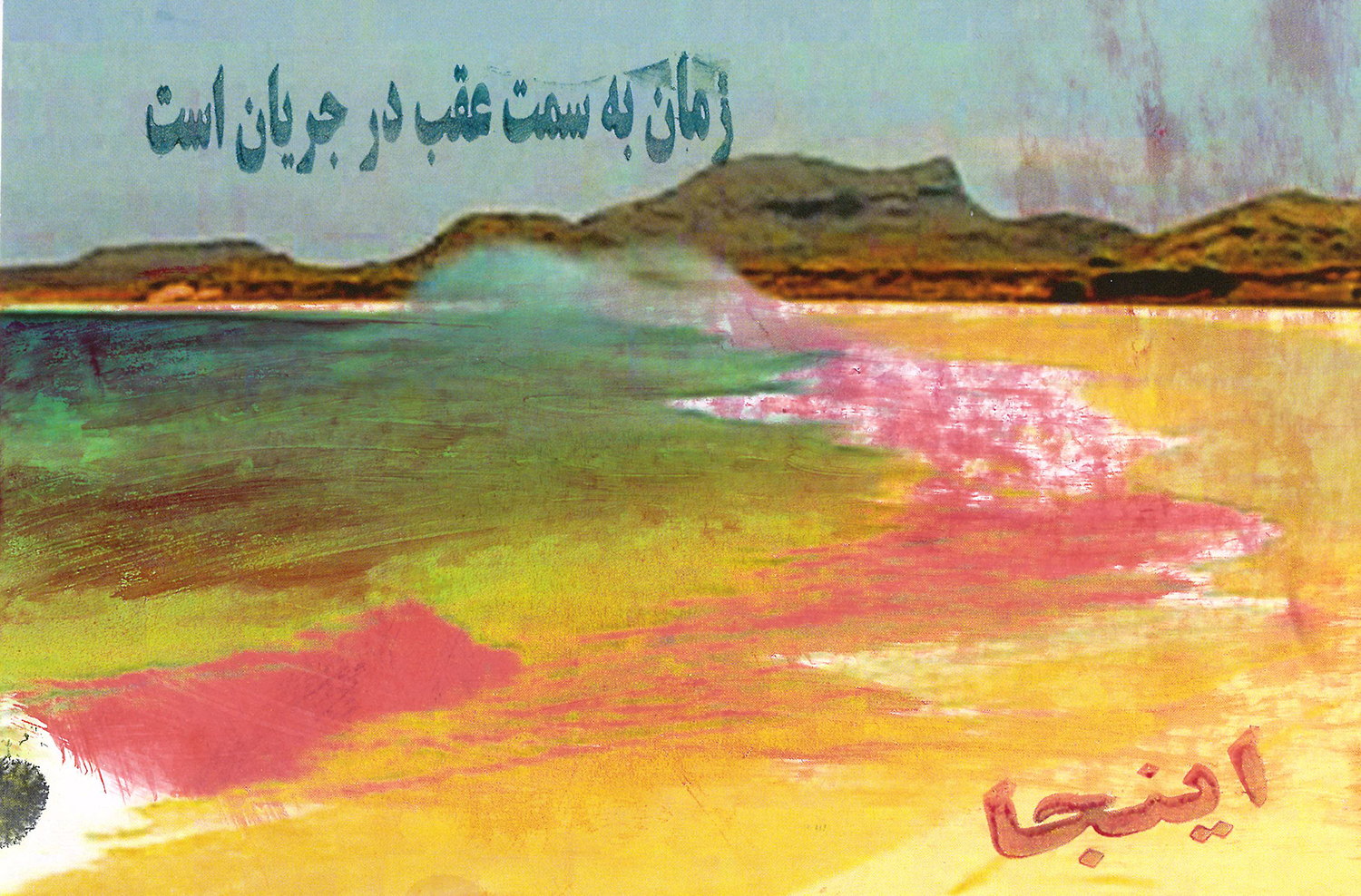 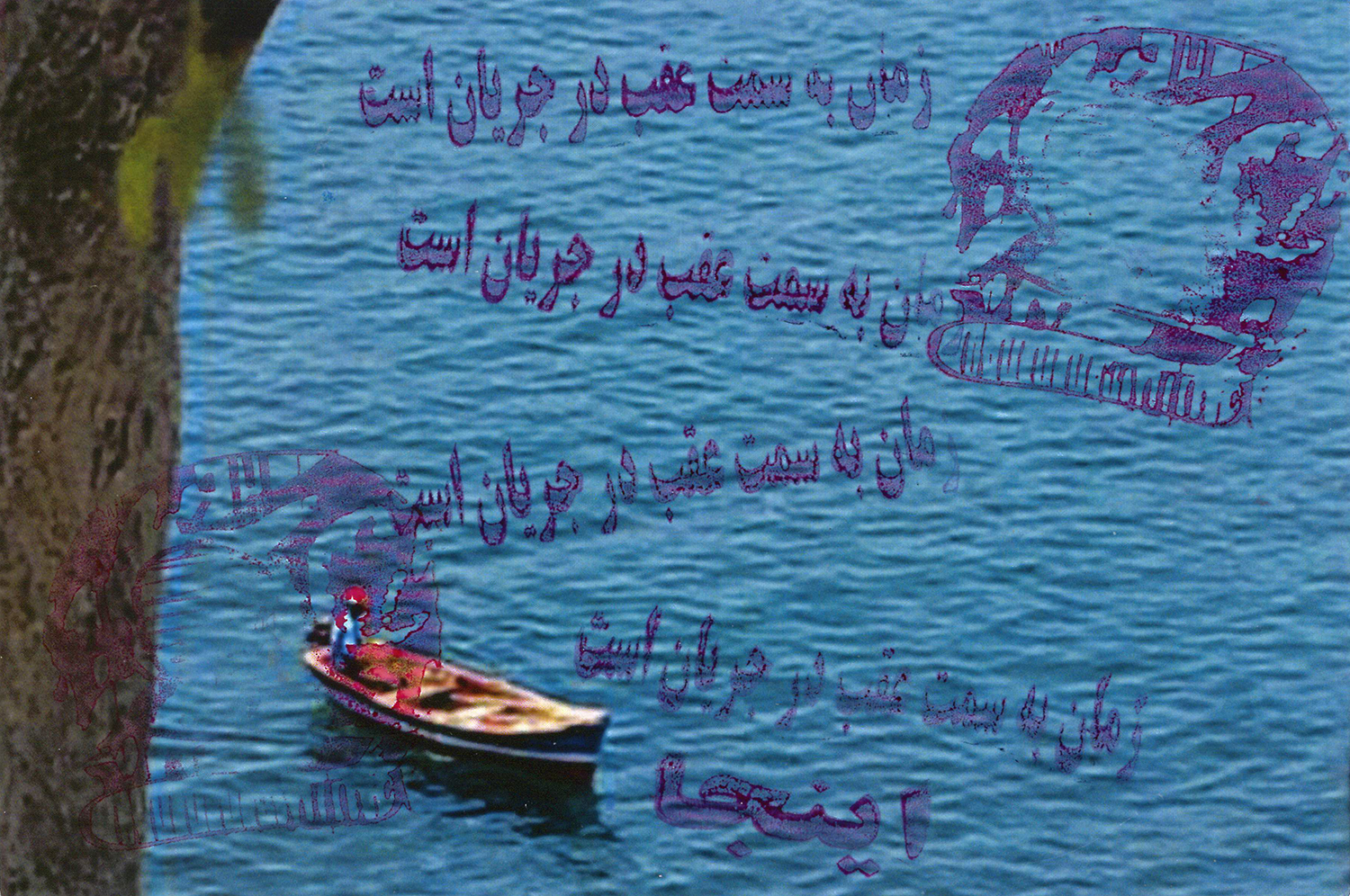 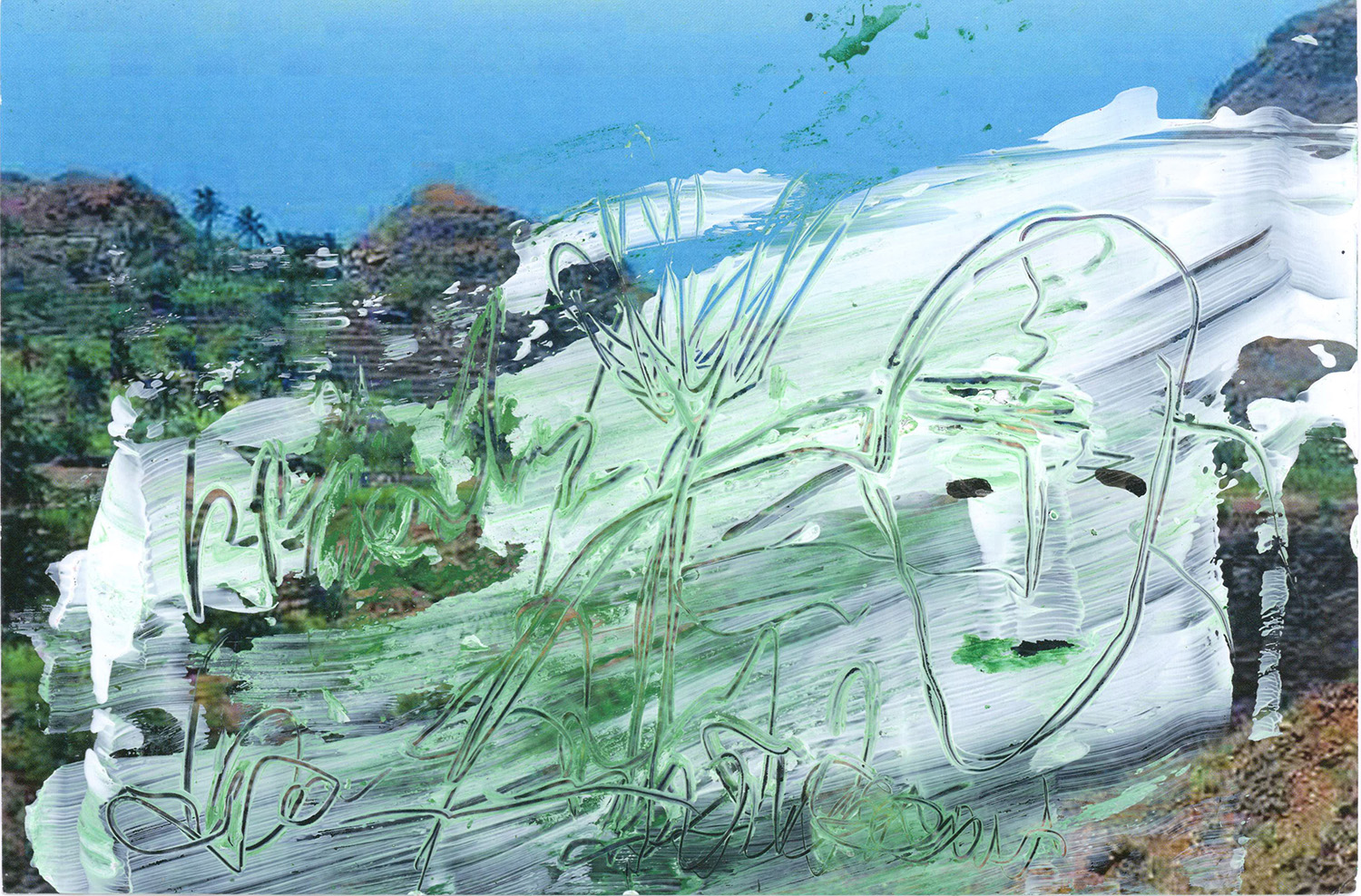 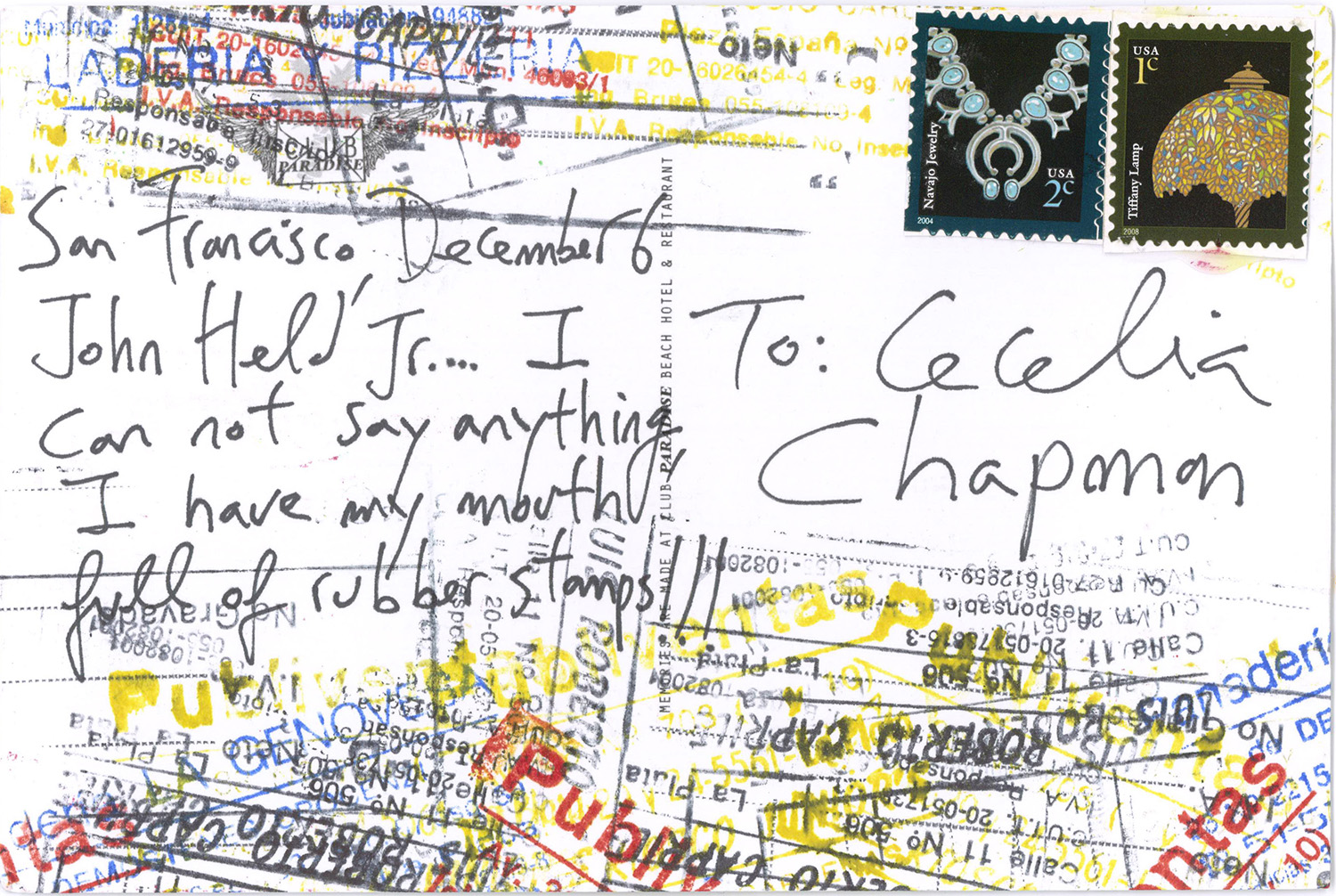