On ‘Borders’: A Brief Descriptive Critical Text by Amelia Dale

QR codes (originally Quick Response codes) are two dimensional barcodes. The nature and frequency of their use varies across the globe. One might appear, for instance, on the corner of an advertising billboard, directing you to the company’s website when you scan it with a QR-reader app on your phone. Another might appear at the corner of a description of an artwork in a gallery, and present more detailed information about the artwork when scanned. QR codes like these are machine-readable labels that promises more information about the item they’re attached to. In a similar way, the QR codes here both illustrate and frame the text by Sean Negus, ending each short piece like a bureaucratic stamp on the page. Each QR code, originally painted on paper with Amelia Dale’s blood, contains data about her blood, data gathered from a blood test which was part of the medical requirement for a VISA application. The QR codes document a single instance of biotechnical bureaucracy, data gathered from crossing from one state border to another. Both the QR codes and the text are thematically linked through an interest in borders, states and transits. While Negus’s words can be read by people who can read English, these QR codes – like all QR codes – can not be decoded by human eyes, they require a machine to decode them. Still, the nature of the blood on the paper, with its clots and its overspilling over its own borders might make it difficult for a QR reader to “read” the barcode’s data.

Having been born to mammalian estimates of a country’s milk, one milk is compared to another. The nutrient exists for one’s siblings: a sequence divided by order so some get milk while others consume bodies.

They exist walled apart. The organization suggests a foreign light.           Time’s season and hour, a stratum assigned to one’s internal story.          Parents and siblings become an opera of the country’s afterbirth.    The visible money from the human scheme forming a wall. 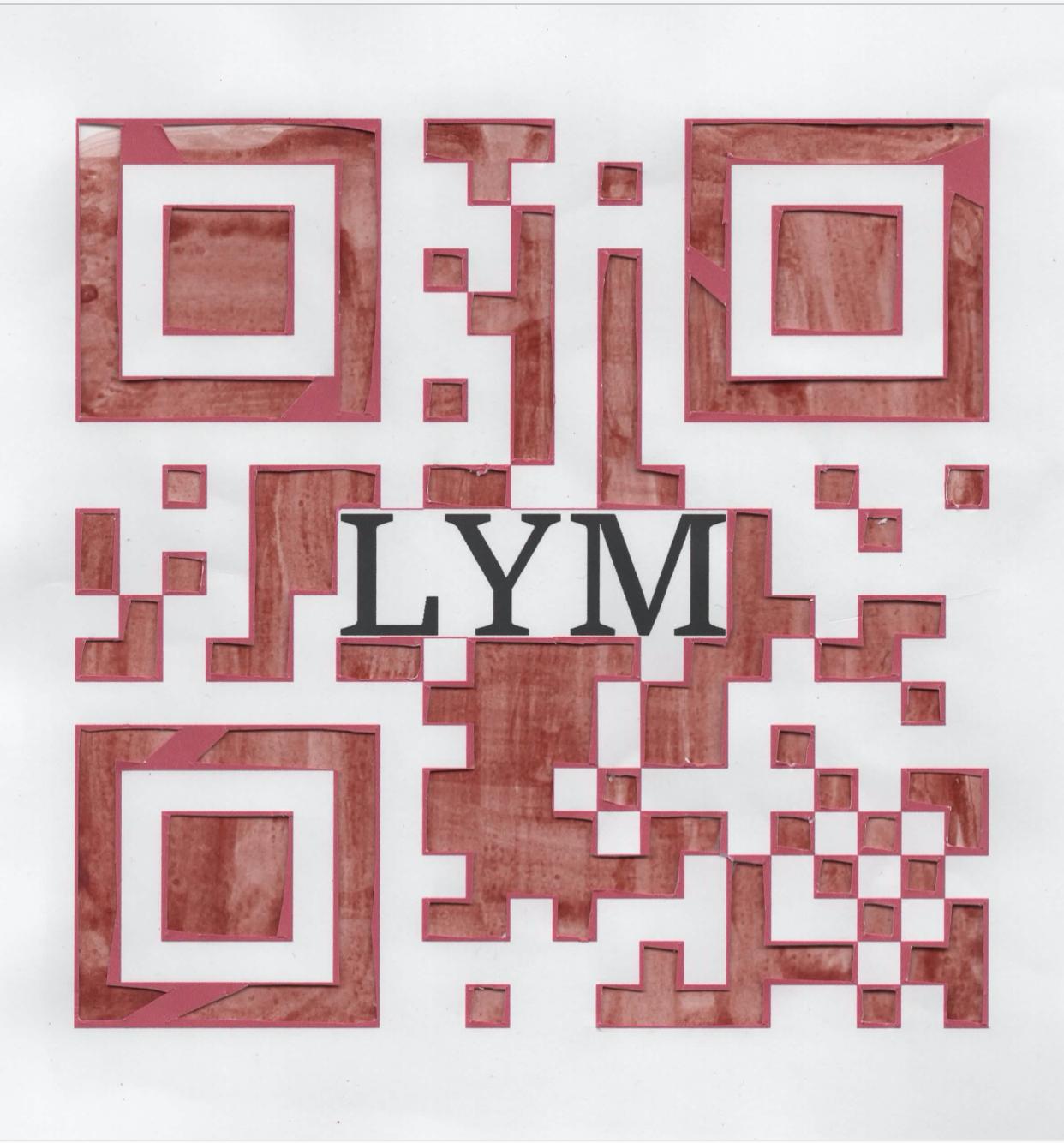 The multiplication of country relatives: siblings from parents to outbound relative. They journey for a stopover cure to experience this second-rate afflicted by fire and light.

Beyond the fire and light of the foreigner’s mothers and sisters, a central stratum is formed: Flora

—A substance used to chemically alter the foreign. Instruments like coffins transform the surname tumor.

The relatives dissolve in layered tiers.

for humans formed of small particles

can this single-hearted entity retain its elemental existence

For this land’s condition is afflicted with light

to construct north as it were direction and its opposite into a transversal order. Bodies appear in various states embedded in language: in one sense verb, adverb.

An avoidance of suffering is not an accurate elemental statement.

As particulate entities the compass mutes. Machines enclose on the horizon forming east—west, shuttling the bodily production of flora (vegetal, fructus) for the creature’s affairs. Its envoy of abstraction is a long distraction from the wordless fact. The face smeared by its surname.