There are many pages covered in black paint and other pigments lying around my house, resulting from various experiments. I chose 4 for Utsanga which include shapes which hover either side of the boundary between amorphous abstract shapes and human symbol systems. Some viewers will predominantly perceive symbols or letters or characters, and potentially consider a page to contain visual poetry. Other viewers will conclude that a page is abstract, and possibly enjoy it as an abstract composition. I’m drawing attention to the way we deal with these ambiguous forms. Rather than being concerned with aesthetics, I’m engaging in visual rhetoric, using shapes to help argue my case. Ancient, wood and stone tool-using humans were aware of many of the shapes which were later organised into systems of symbolic communication such as alphabets. The belief that writing systems evolved solely and suddenly from economic pressure in early agricultural societies is untenable. 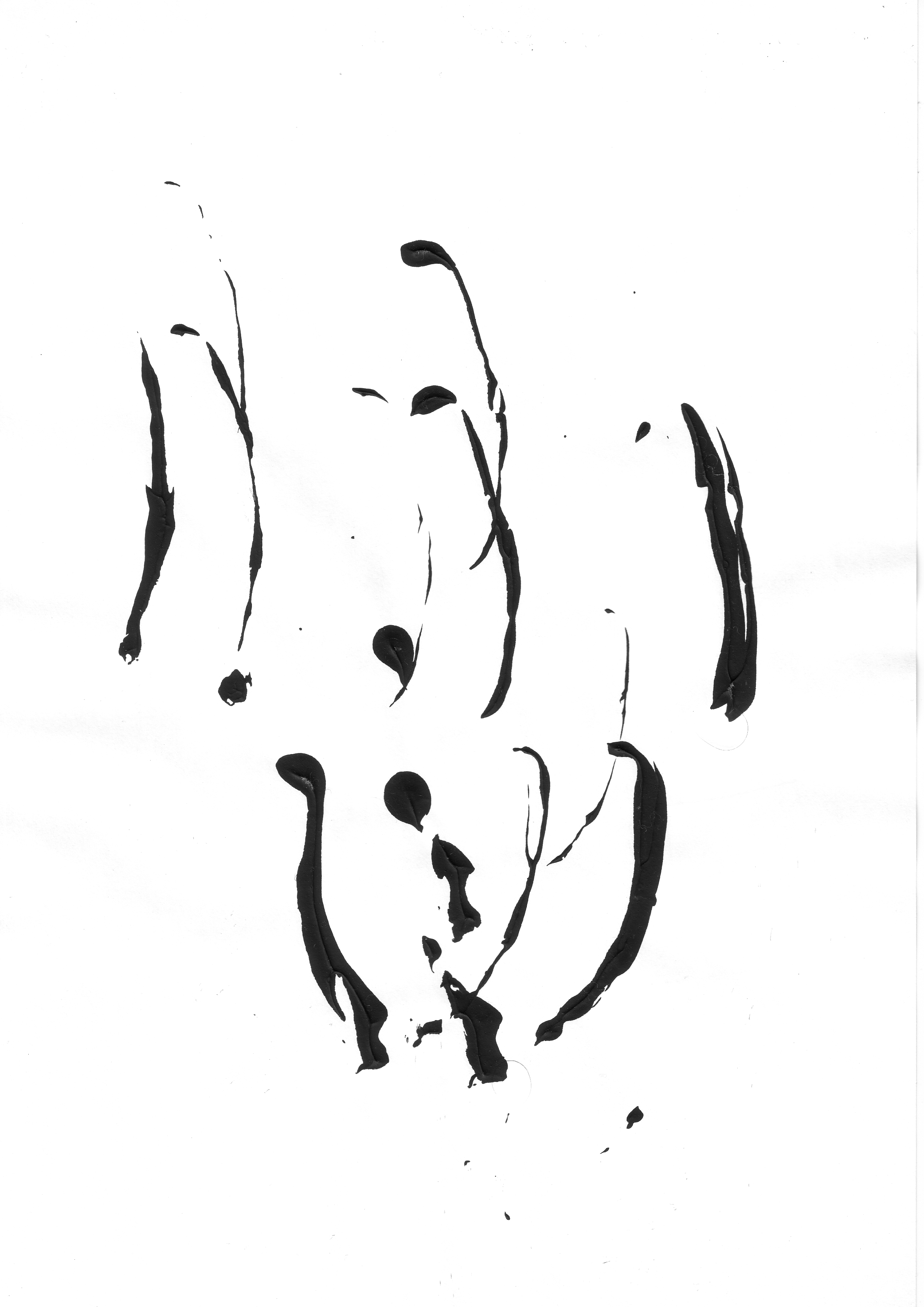 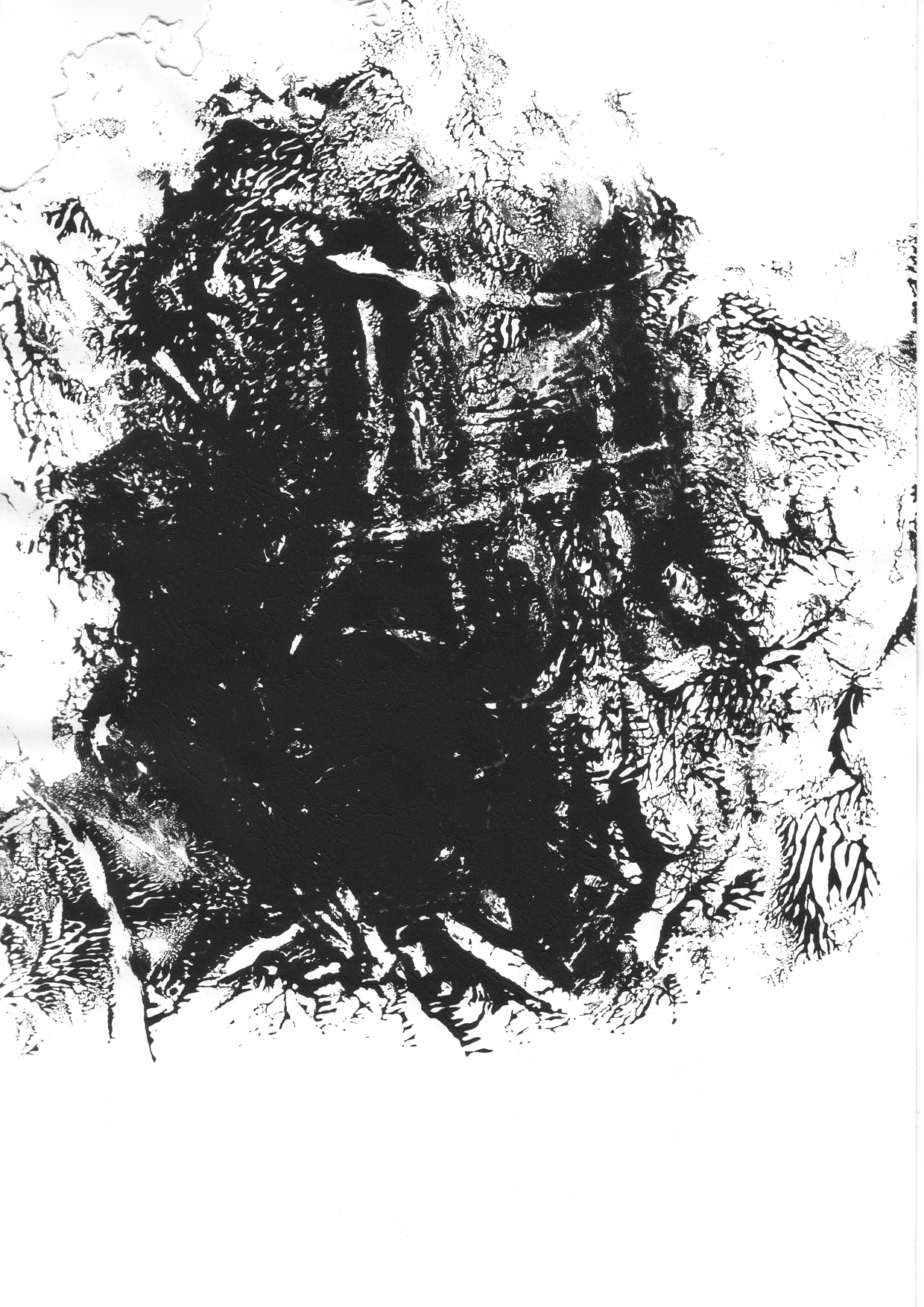 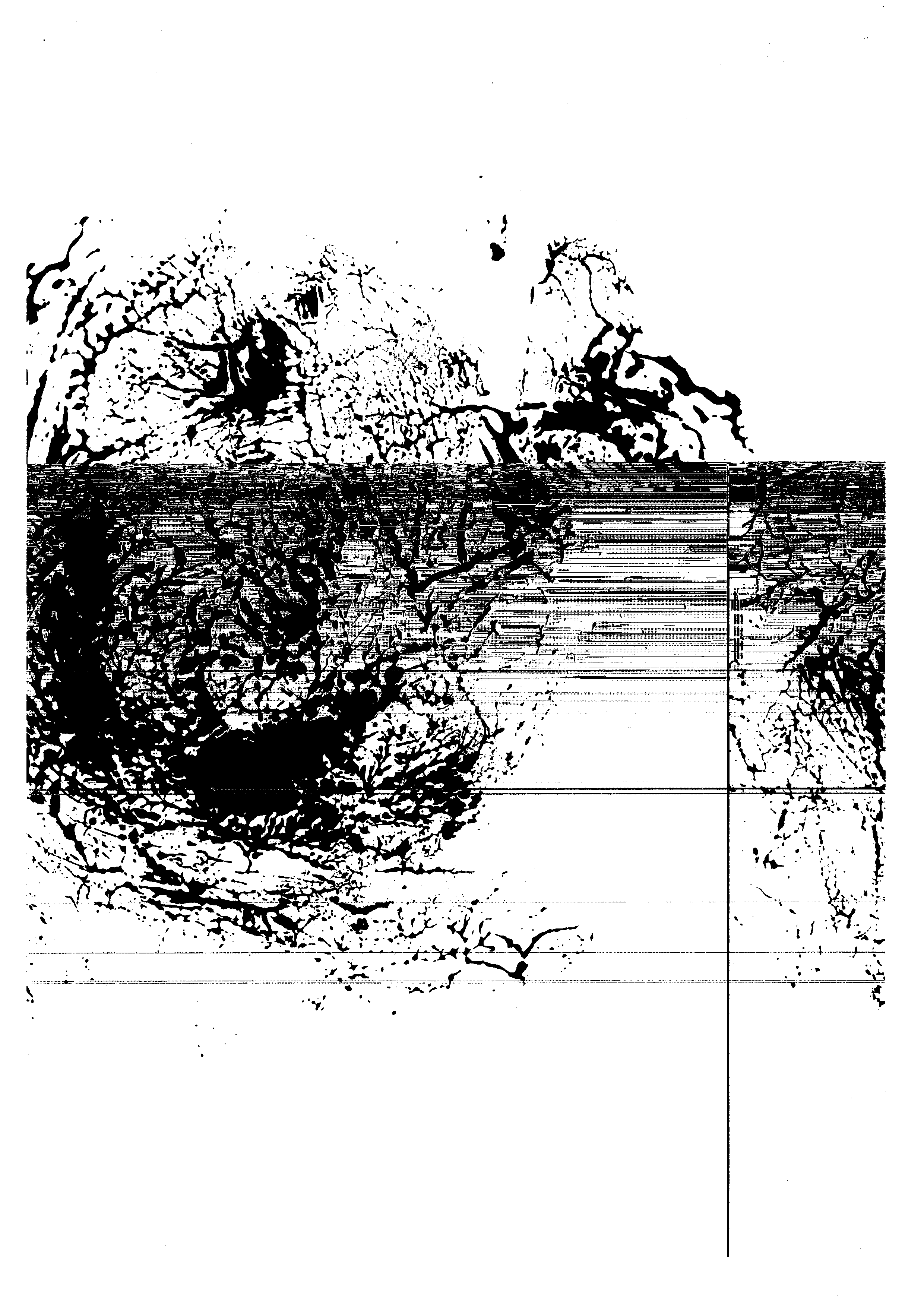 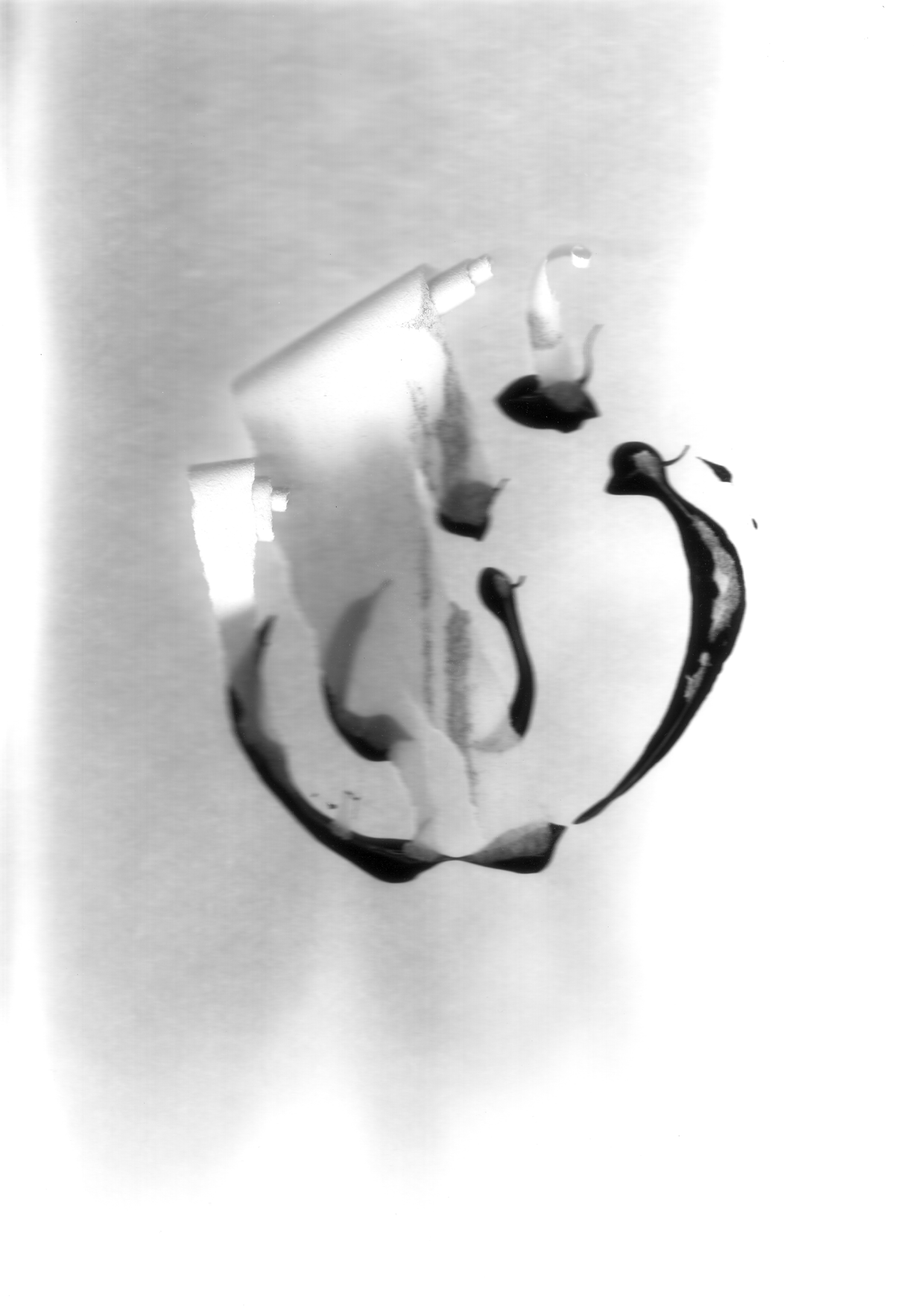