The first public participation-trials at Deaf 07.

Exercise in Immersion 4 is an ‘art-game’ devised by the Rotterdam media-artist, Marnix de Nijs and further developed in collaboration with V2_lab. His presentation at Deaf 07 saw the ‘first public participation trials”. Further software refinement will be carried out by V2_lab in the following year.

Together with a specially designed ‘crash-suit’ fitted with headset, EI4 takes place in one of the industrial warehouses in ‘Pakhuis Meesteren’. Once the headset is placed in position, the participant is introduced to a combined reality: a cinema-graphic, parallel world where the partition between the real and the surreal is interrelated with the progress of the game itself. Reality will gradually disappear in the ‘pakhuis’ warehouse, but if you crash into one of the pillars, for example, then you will be cast abruptly backwards in the game and towards reality.

The headset is equipped with a sensor system that can couple the exact position of the user in reality with previously designed imagery. On the display built into the headset, a combination between the real world and the virtual-constructed world becomes visible.The virtual world corresponds with the existing environment through a number of clearly marked reference points, such as walls, pillars and doors. Without movement, the player remains in reality and there is no possibility to take part in the game. Movement and game progression results in the manipulation of the existing space that in the long run will transform into a virtual environment. In the most extreme case, the representation of the existing space will be completely replaced with a new and unknown world.

Genre-wise, the game is roughly modelled around the concept of the classic computer game: PacMan. In EI4, however, points are not collected but ‘bionts’ (a snot like form: designed as ‘discrete units of living matter’). The bionts have a certain level of intelligence and are essential for the player to navigate their way through, not only the physical, but virtual world as well. They function as an extension of the participant’s self and warn against anticipated collisions with existing obstacles like pillars and walls. In the higher levels, the bionts also serve as a buffer for other occupants in the parallel world, whose aim is to throw the player back into reality.

In the project Exercise in Immersion 4, the relationship between these two realities is further investigated and fine-tuned. A new balance examined within what is true and virtual by literally combining them both in the “real world”. Metaphorically speaking, it could also be interpreted as the poise between private and public (media-affected) world as well as reality and fantasy. 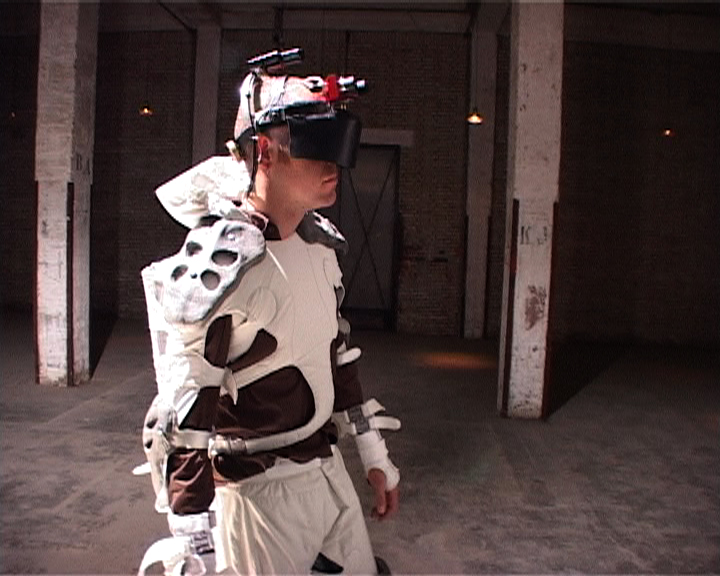 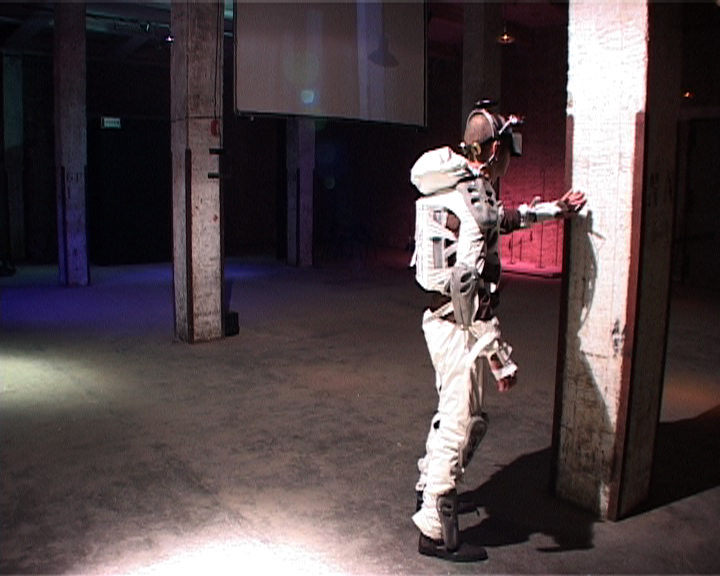 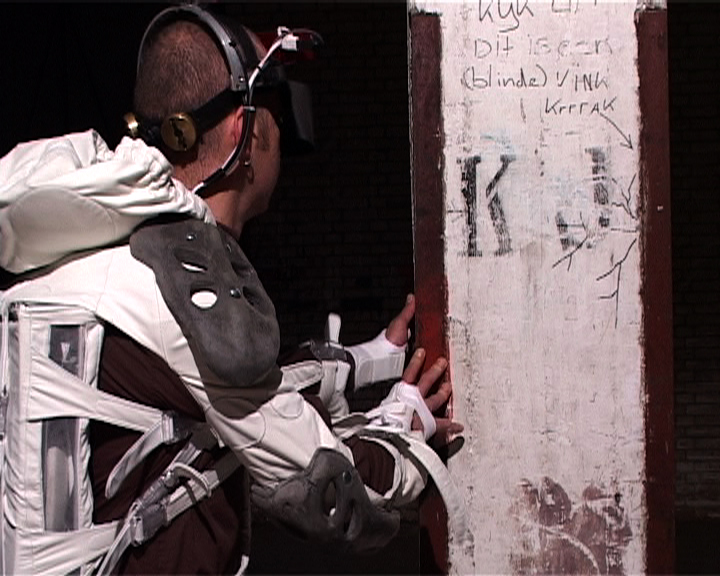 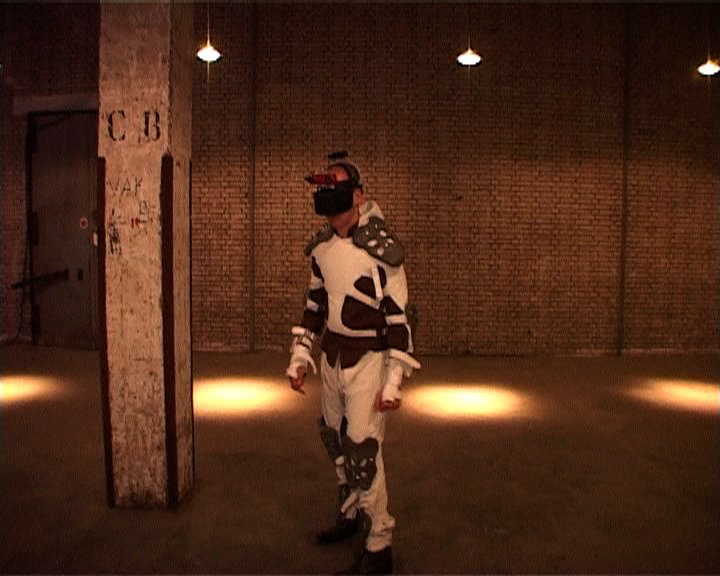