Ecritures 0 :00 is a minimalist wall drawing. The artist indefatigably and repeatedly writes an invented sign from right to left. If the direction of the writing is that of the Arabic language, the symbol itself is meaningless. Despite resembling a letter from the Arabic alphabet or a figure, the pattern is neither signified nor signifier. The posture of the body takes while working, the repeated gestures, the sign’s charachter as well as the drawing’s visual structures encourage the viewer to reconsider ther certainties and clear their mind of their own representations.

What meaning do we assign to what is meaningless and how can we invent what has meaning ?

Myriam El Haïk (1973, Rabat, Morocco) is a French-Moroccan artist, composer and performer. She lives and works in Berlin, Paris and Rabat.
Her artistic language is based upon simple signs, patterns or actions. The links between music and visual art take center stage in her work. She develops systems of visual notations transposing her repetitive and minimalist musical compositions into drawings, performances, videos, installations, sculptures and even furniture and games.

If the act of writing and how it engages, organizes and conditions the body has been the red wire of her earlier work, it is by now in a much broader sense the act of playing that has become the pivotal point. Myriam El Haïk likes to play and across all the different mediums present in her work she plays a never ending game with and within the limits set by the rules she invents; be it the rules of her musical compositions, of her systems of musical notation, of the games she invents, or, back to her starting point, the rules of writing. Repetition and polyrhythmic combination of a set range of basic elements is what is recurring in her works and in her peculiar way of pushing and pursuing her inventions across the borders of the various mediums she uses. Over time a body of work has unfolded that is as versatile and complex as it is minimalist and surprisingly coherent. 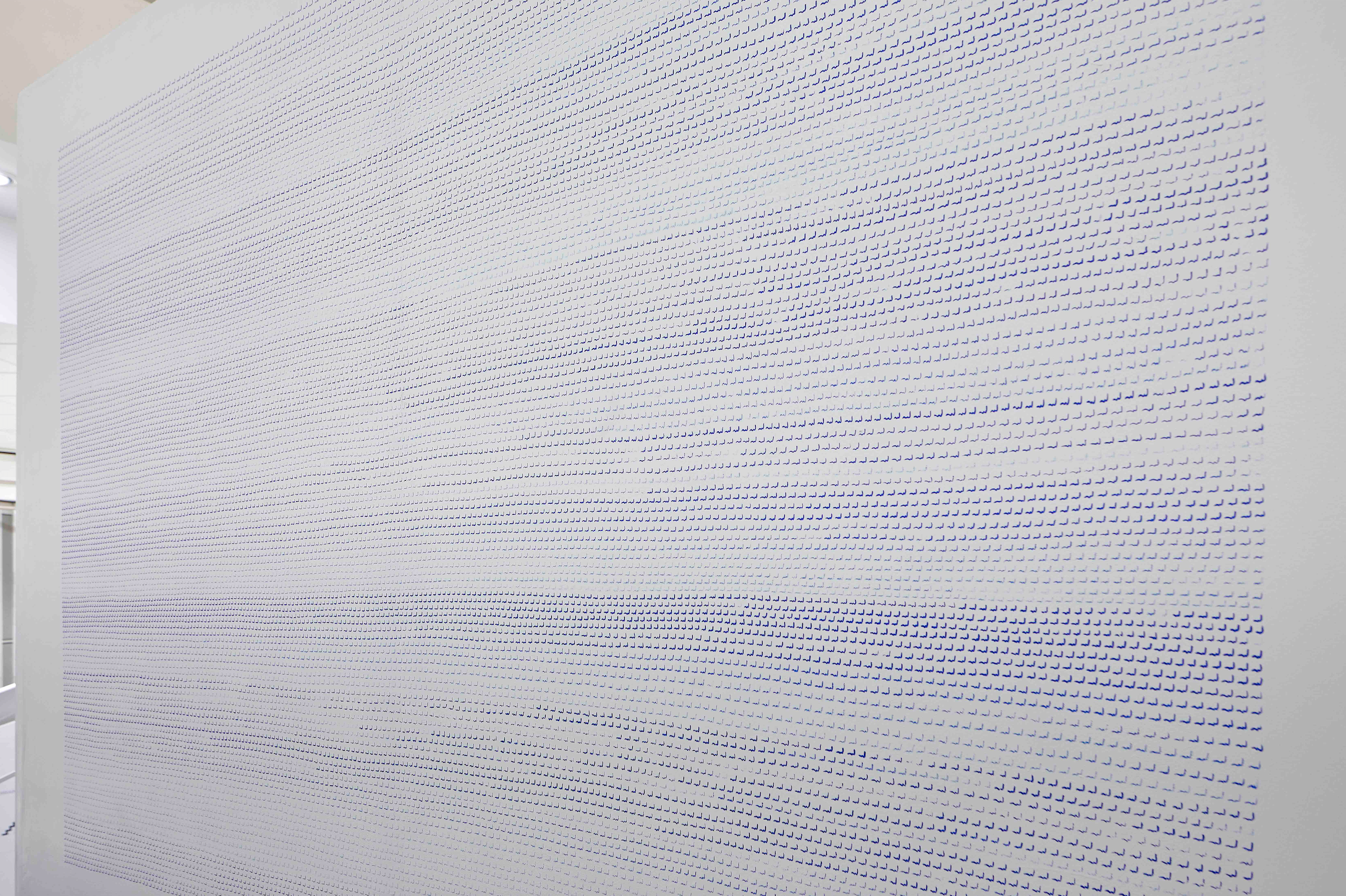